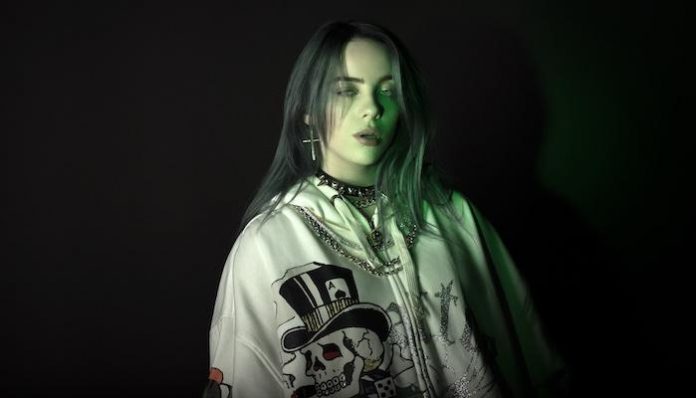 Billie Eilish just announced the ‘WHERE DO WE GO?’ world tour today and it is a marathon of dates. Billie is touring in support of her record-breaking #1 debut album ‘WHEN WE ALL FALL ASLEEP, WHERE DO WE GO?’ The album is currently the number one seller in North America for 2019.

Check out the details and full list of dates below.

The tour starts in March and will continue through July as she treks from North America to Latin and South America and then across the pond to Europe and the United Kingdom.

The ‘WHERE DO WE GO?’ world tour partnered with the non-profit organization REVERB to support pressing environmental and social issues worldwide. Billie is well-known for speaking out and performing for charities and other global causes.

In fact, in order to support an eco-friendly environment, Billie Eilish is allowing concert-goers to bring re-fillable water bottles to the show. Water-stations will be available at every venue for both attendees and crew backstage and plastic straws will not be permitted. In addition, a Billie EilishEco-Village will be stationed at every show, providing attendees information and resources on ways to help combat climate change and preserve the Earth.

Eilish is busy this weekend announcing the tour. Tonight, she will be on NBC’s The Tonight Show Starring Jimmy Fallon. Tomorrow, Sep. 28 she will be joining host Woody Harrelson as the musical guest for the season opener of NBC’s Saturday Night Live. On Monday, Sep.30 she will join The Howard Stern Show on Sirius/XM.

General on-sale for the tour starts Oct. 4. But, North American verified fan registration is available now until Sep. 30. For Europe and the UK shows outside of festival performances, those who have purchased any copy of Billie’s album WHEN WE ALL FALL ASLEEP, WHERE DO WE GO? from Billie’s official store will receive access to pre-sale. This begins on Wednesday, Oct. 2 at 9 a.m. local time.

For tickets and information regarding the ‘WHERE DO WE GO?’ world tour head here. A full list of tour dates and locations is below.

Read More: Post Malone is larger than life in French Montana’s “Writing on the Wall”

Are you going to see Billie Eilish on tour? What’s your favorite song? Sound off in the comments below!