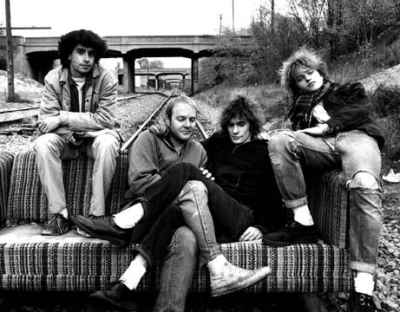 It's starting to look like veteran rockers The Replacements have a new member: Green Day's Billie Joe Armstrong.

Since reuniting last fall for Riot Fest, the group have become increasingly more active, especially on the festival circuit, and, for their past two public appearances, Indio, Calif.'s Coachella and Atlanta's Shaky Knees festivals, Armstrong has rounded out the lineup. According to Billie Joe's Instagram account, tonight's scheduled appearance at Louisville, Ky.'s Forecastle Festival will make a third.

The Green Day frontman captioned the photo below, which features Replacements bassist Tommy Stinson, “in Kentucky playing a show.” Even more intriguing, Armstrong also used the hashtag “#holyshitIminthereplacements,” which could indicate additional shows to come.

Billie Joe first came into the fold earlier this year at Coachella, when Replacements frontman Paul Westerberg fell victim to back trouble and was forced to perform sitting down. While it is unclear if Armstrong will continue to join the 'Mats, who are currently rounded out by guitarist Dave Minehan and drummer Josh Freese, for future performances, you can find a full list of dates below.