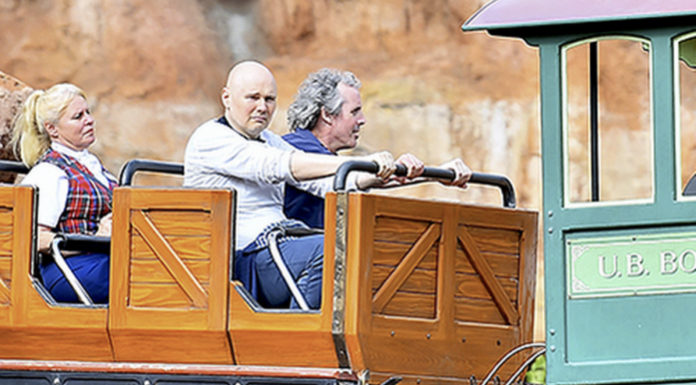 Remember that infamous picture of Billy Corgan looking miserable at Disneyland? It’s definitely not an image someone lives down, especially at the happiest place on Earth.

Well it’s been a few years since the snapshot was taken, and the train-riding, Smashing Pumpkins frontman has been feeling its effects ever since.

To even a Family Guy reference.

Luckily, Billy’s been a good sport about the whole thing and has finally had the last laugh.

“At @disneyland, having an absolutely miserable time,” he captioned a new photo, making a joke at his own expense. “(Note the fake smiles on our faces as evidence).”

Check out the image here, where he can be seen actually smiling, with his son:

At @disneyland, having an absolutely miserable time. (Note the fake smiles on our faces as evidence) @smashingpumpkins

A post shared by WilliamPatrickCorgan (@williampcorgan) on Jul 3, 2018 at 1:51pm PDT