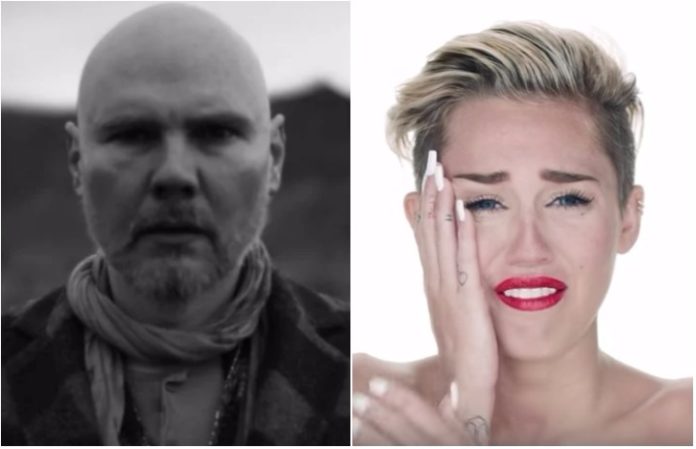 William Patrick Corgan added an odd song to the setlist on the October 20 date of his tour: Miley Cyrus' “Wrecking Ball”.

Read more: 9 touching Tom Petty tributes, from Against Me! to Wilco

The Smashing Pumpkins frontman covered the track in Toronto's Queen Elizabeth and the result was as stunning as it was surprising.

This is not Corgan's first nod to the pop singer. In 2014, he told French radio show Oüi FM Rock Sessions interviewers he thought Cyrus was better than 99.9% of pop stars and that he had been approached to write a song for her.