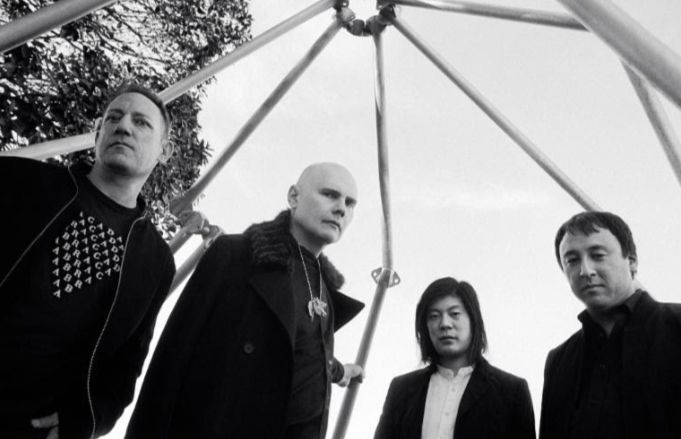 Smashing Pumpkins said they'd be playing music from their first five albums on their forthcoming “Shiny And Oh So Bright” tour, and it looks like we could be hearing some new music, too. Billy Corgan has taken to Instagram to say that the band will be refining the lyrics for eight new SP songs.

“For birdwatchers,” he lists the titles of the new Smashing Pumpkins songs they're working on: “Alienation,” “Travels,” “Silvery Sometimes,” “Solara,” “With Sympathy,” “Marchin' On,” “Knights Of Malta” and “Seek And You Shall Destroy.”

He also mentions that he has a solo album that's “currently between 16 and 18 songs,” meaning Corgan is keeping plenty busy.

Good day! Back home in Chicago, snowy and unfair as she is, with a week to refine lyrics for the 8 new SP songs, whilst also finishing hope a couple more solo songs. The solo album is currently between 16 and 18 songs, and still in need of overdubs. And speaking of overdubs, we'll be back in Malibu next week to sing shiny new lyrics and cut final guitar overdubs with James and Jeff. Busy! But good busy. And for birdwatchers, here are the titles for the 8 Smashing Pumpkins songs: Alienation, Travels, Silvery Sometimes, Solara, With Sympathy, Marchin' On, Knights of Malta, Seek and You Shall Destroy

Last month, Corgan seemingly confirmed the news that the band are recording a reunion album, explaining that he's in the studio with Rick Rubin. The band also announced their “Shiny And Oh So Bright” tour last week, their first tour in nearly 20 years, featuring founding members Corgan, Jimmy Chamberlin and James Iha. However, former bassist D’arcy Wretzky will not be part of the tour or the record, with a never-ending back-and-forth between the band and Wretzky happening over the past couple months.

Check out the full list of cities and dates for the “Shiny And Oh So Bright” tour below!