Harley Quinn is the star of the flick after all.

Following what may be seen as a disappointing opening weekend,  Birds Of Prey (and the Fantabulous Emancipation of One Harley Quinn) seems to have received a name change.

Of the eight films in the DC Extended Universe, Harley Quinn‘s newest film had the worst opening weekend numbers.

According to Collider, Birds Of Prey had cost about 80 million dollars to make and received good reviews from critics. The film currently has an 80% rating on Rotten Tomatoes and was the highest-earning movie in theaters throughout the weekend.

Despite all this, the film had one of the worst opening weekends in the DC Extended Universe.

Birds Of Prey managed to bring in $33 million in revenue in the U.S this past weekend, which was much lower than the originally anticipated $50 million. Overseas, the movie made about $48 million with most of that money coming from Latin America, Russia, and the UK.

The film had the worst opening of the DCEU, falling behind Shazam!, which made about $54 million the weekend of its debut.

This isn’t the worst a Warner Bros. DC film has done at the box office, though. That title belongs to 2010’s Jonah Hex, which opened to $5.2 million.

Now, in what may be an attempt to reverse course for the wallowing film, Warner Bros. appears to have changed the name of the flick. Movie-goers at three major U.S. chains — AMC, Cinemark and Regal now see the film listed as Harley Quinn: Birds Of Prey. This seems to be an attempt to spotlight the Clown Princess of Crime and draw more crowds based on the recognizability of her name.

Read More: How well do you remember “Trouble” by Never Shout Never?

Fans have reacted about the title change in a myriad of ways.

Most are just calling it Birds of Prey. I honestly don’t think a title change is gonna so a damn thing. #BOP

WB, the least you could do is believe in what you have and push it and run with it, not make changes at the 1st sign of trouble. It’s actually a great movie, believe it or not.#BoP #BirdsOfPrey #HarleyQuinn pic.twitter.com/YA6NDFfBYU

Well let’s face it: it IS a Harley Quinn movie more than a Birds of Prey movie. The title change may be silly, but at least it’s accurate now.

Birds of Prey is getting a title change even though its already in cinemas. Shame its bombed because it is the best movie in the DCEU.

DC Comics has yet to release a statement regarding the alleged title change. However, a Warner Bros. executive has spoken to the New York Post saying it’s not a title change that it’s a search expansion for ticket sites.

A screenshot of Regal Cinemas landing page showing the new listing is below. 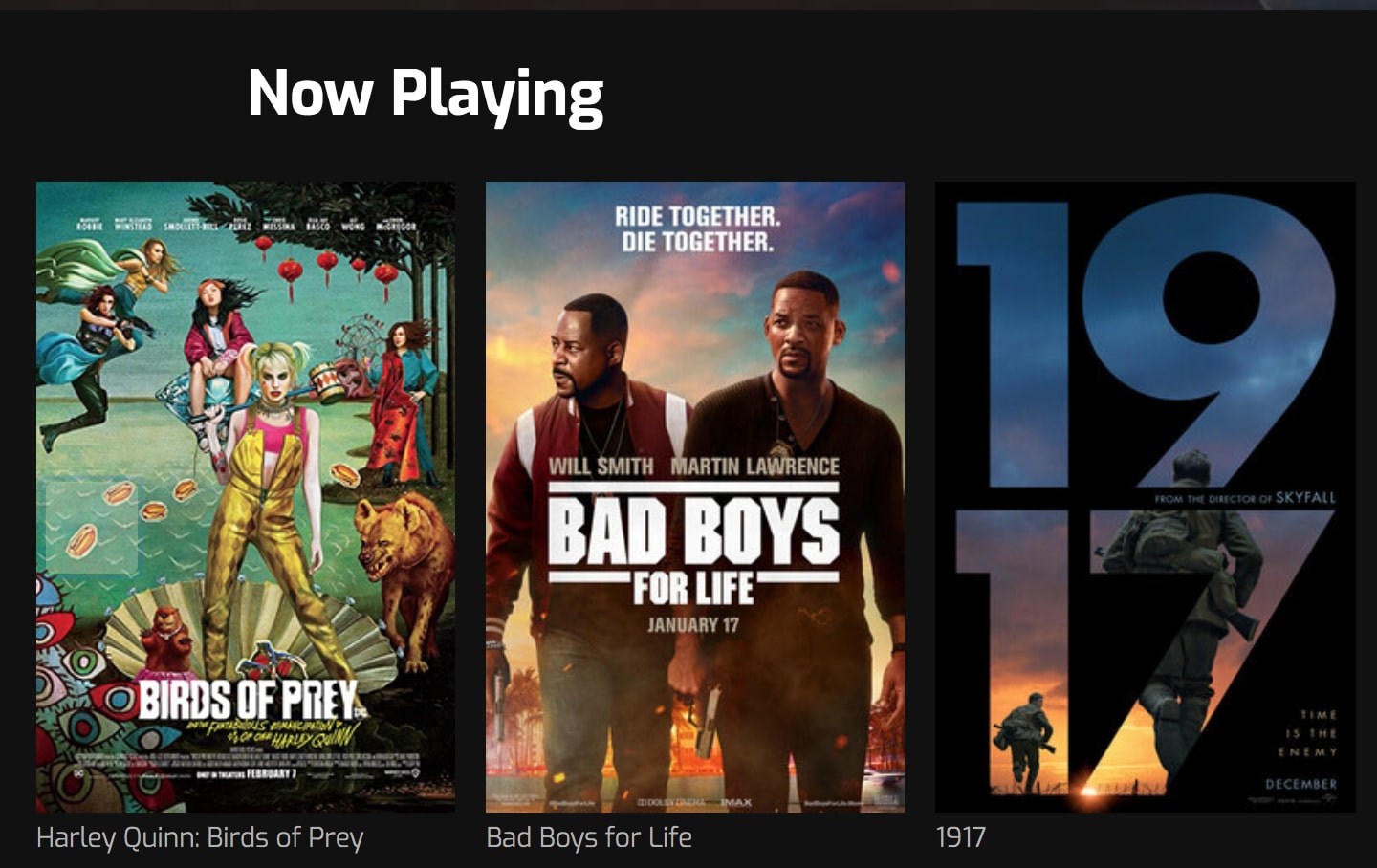 In case you aren’t familiar with the film, here’s a quick rundown.

Harley and the Joker breakup (for good this time,) and because she’s no longer under the protection of the Clown Prince, all of Gotham – from the police to everyone else she’s done wrong – are out to get their payback. It wasn’t meant to be a Suicide Squad sequel, but there is a nod to one of Quinn’s old teammates. The film was a fresh and colorful take on Harley Quinn’s character and showed off just how badass she can be.

If that sounds like your type of flick, then head to theaters and help the movie out. As stated, it’s doing very well critically so don’t let box office numbers scare you away.

Halsey and Bring Me The Horizon‘s collaboration “Experiment On Me,” featured on the soundtrack for the latest anti-hero film.

The track was in the works since the summer of last year. Halsey posted a video of her, Oli Sykes, and Jordan Fish working in the studio together.

Halsey later took to Instagram to reveal the tracklisting for her latest album Manic and say there was no Bring Me The Horizon collaboration. While BMTH did, drop a Halsey collaboration on their recent Music To Listen To EP, it still wasn’t the track they were working on in the video.

In January while interacting with fans, one asked about the video of Halsey in the studio. Halsey then cracked the code behind the video saying it was about a song she wrote with Bring Me The Horizon for Birds Of Prey: The Album.

Probably one of Halsey’s heaviest tracks to date, the song features the singer’s vocals in front of Bring Me The Horizon That’s The Spirit-esque backtrack. The alt-pop vocalist makes you believe she’s been in metal her whole life.

Check out the lyric video for the head-banging-worthy track below.

The full album is available to order here via Atlantic Records, and the tracklisting is below.

Birds Of Prey: The Album Tracklist

What do you think of this reported title change to Birds Of Prey? Tell us in the comments below!