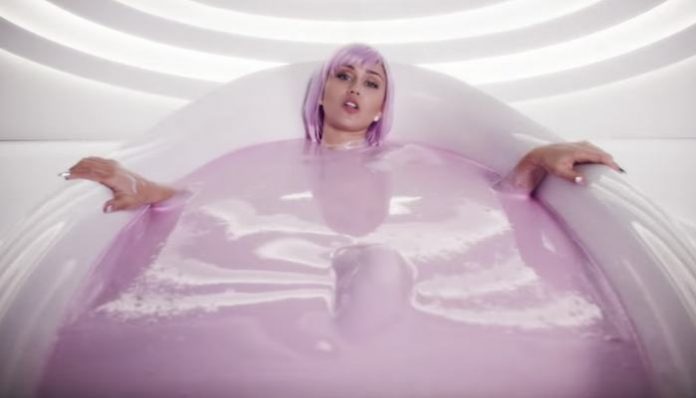 Following the debut of Black Mirror season 5,  the internet was abuzz over Miley Cyrus giving Nine Inch Nails track “Head Like A Hole” a pop twist.

Yesterday, the sci-fi show revealed that we would be getting the full music video from Cyrus’ character and now, it’s finally here!

Check out the Ashley O remake of Nine Inch Nails’ “Head Like A Hole” below.

The third Black Mirror episode, “Rachel, Jack and Ashley Too,” has the singer/actress in the role of a pop star. However, she’s not just singing any old pop tracks or even her own.

Within the episode, Cyrus performs as Ashley O, but the track may sound a bit familiar. Black Mirror creator Charlie Brooker reveals he penned new lyrics to be placed over the 1989 Nine Inch Nail track “Head Like A Hole” to produce Ashley O’s “On A Roll.”

Check out Ashley O’s “On A Roll” music video below!

Check out the original Nine Inch Nails track below.

What do you think of Cyrus’ NIN remake? Sound off in the comments below!