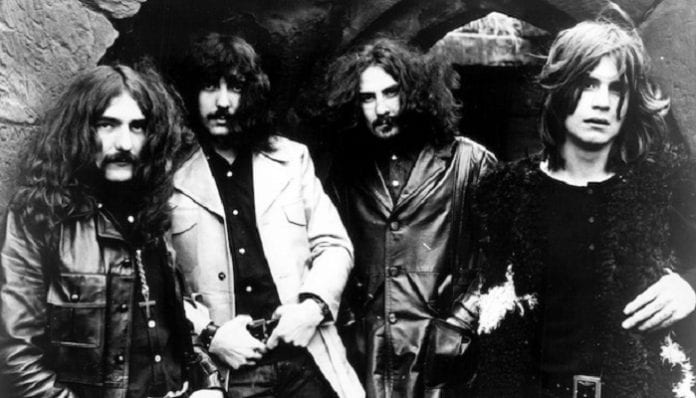 Black Sabbath began their journey to change music on this day 50 years ago, playing their first set under the moniker that would label their rise to greatness.

Previously known as Earth, on Aug. 1, 1969 at the at The Pokey Hole blues club in Frog Street, Lichfield, Englan Black Sabbath was born.

The band consisted of Ozzy Osbourne, Tony Iommi, Bill Ward and Geezer Butler. Why is this such a landmark date? These four helped introduce the world to Heavy Metal.

Fans took to social media to celebrate the important day of rock history, sharing a look at the flier for the show. Although it was the first Sabbath show, the band didn’t decide the name change until after the pamphlets were printed.

50 years ago today, Black Sabbath played their first gig as black Sabbath. They were called Earth until then. It was the first time they played the track Black Sabbath and it was then they realized they were onto creating something incredible. #tbt pic.twitter.com/5Hx0DRLGVx

Redditor u/richterscalemadness notes the landmark day with a post sharing the flyer from their first gig as Black Sabbath.

“While arguably the genre was born a month or so earlier at Sabbath’s rehearsal rooms at Newtown Community Centre in Aston, the gig at The Pokey Hole was the first time it had ever been heard by the public,” the caption reads.

Black Sabbath played their first gig as Black Sabbath 50 years ago today. Arguably the birth of the entire genre… from r/Metal

While some may not see the genre as important to some as the Beatles on the Ed Sullivan Show, or Woodstock; heavy metal has had a glaring influence on the direction of music since. We shudder to think what a sporting event be without Iron Man blasting throughout the arena.