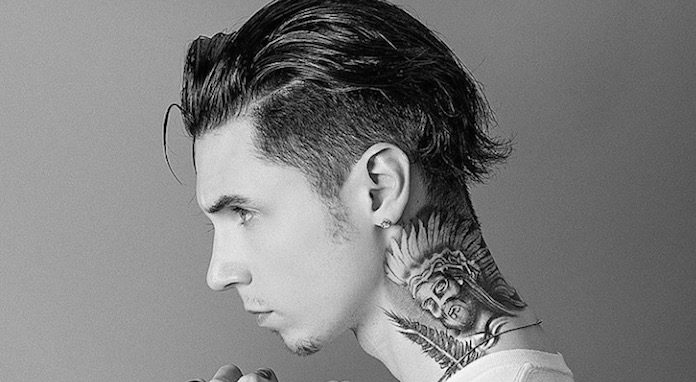 Black Veil Brides singer Andy Biersack is responding to rumors that the group will disband following their eight-date run on Warped Tour this summer. News of the BVB breakup was first uttered by bassist Ashley Purdy on a recent podcast interview.

Appearing on the since-deleted Another FN Podcast episode with  fellow guest Jeff George (We Are Harlot, Sebastian Bach), the Black Veil Brides bassist tells fans that the forthcoming Vans Warped Tour dates will be “the last time” to see the band.

“We are going to do eight dates through the southern California area,” the musician said. “That is where you are going to see Black Veil Brides for the last time ever in your entire lives. So, you better fucking go, because that’s gonna be it.”

The band’s posted touring itinerary includes a performance at the Aftershock Festival in Sacramento, California, on Sunday, Oct. 14. It was unclear if Purdy’s Warped Tour breakup estimation excluded the scheduled Aftershock appearance.

Biersack, responding exclusively to AP, says this is the first time he’s been made aware of any impending breakup. The singer says the band is working on a new retrospective release before heading out on the Warped Tour dates.

“This is the first I’ve heard of any ‘break up.’ As far as I know, there are no plans to end the band after Warped. Or, at least if there were, I was not made aware of them,” Biersack says. “We are in the early stages of work on a big 10 year retrospective release. And my personal focus as it relates to BVB are on that and these upcoming Warped Tour shows.”

Seemingly responding directly to Purdy’s foreshadowing of new, upcoming projects from BVB members, as pointed out by Loudwire, Biersack defends his band members’ involvement in outside acts while saying he can’t comment on a breakup.

“I would also like to add that any additional musical projects from any of the members of BVB will always be encouraged and while I was aware that there was interest in starting something new from some of the members, similar to my Andy Black side project or Jake’s band Aelonia, I was unaware that there was a plan to end the band entirely and therefore I can’t comment on it.”