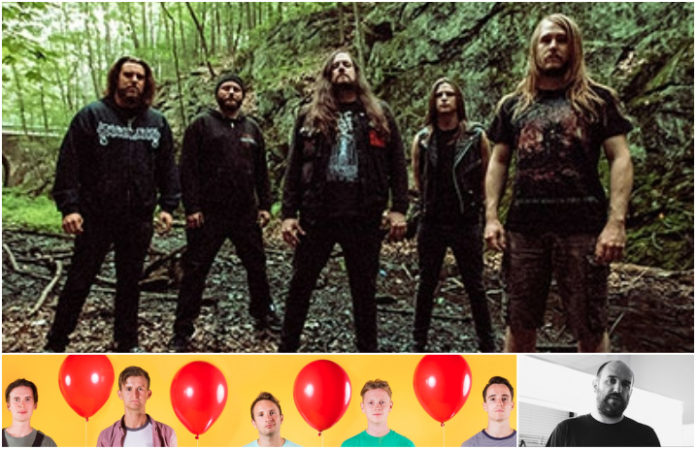 The Black Dahlia Murder share another fresh track before the release of their new album Nightbringers, ROAM announce a batch of tour dates, and Pedro The Lion are back! Check out the news you might've missed today below.

Read more: A 'Bob's Burgers' movie is on the way

The Black Dahlia Murder bring the night on new track “Kings Of The Nightworld.” Check it out directly above! The tune is the latest jam previewed from the band's upcoming new album, Nightbringers, out this Friday, Oct. 6.

U.K. pop-punk champions ROAM have announced another slew of tour dates for this December—see those below. The band's new album, Great Heights & Nosedives, is due out on Hopeless Records next week, Friday, Oct. 13.

Singer-songwriter David Bazan is ressurrecting his Pedro The Lion moniker and plotting a full-band return this fall. Check out his retrospective interview with Noisey and see the first new Pedro The Lion tour dates below.

August Burns Red let off the fresh cut “Hero Of The Half Truth” from their new record Phantom Anthem, which is also out this Friday, Oct. 6.

Kali Masi are streaming their whole new album Wind Instrument via the Riot Fest site—hear it in full here. Read an exclusive interview with the band at the link and check out the group's latest single, “Powerline Days,” above.

Mom Jeans have signed with SideOneDummy! Expect a new album from the group in fall of 2018 and check out their new merch store here.

Metalcore quartet Voids drop their new single “Invidia”—hear it right here! The band's debut album No Character: No Crown is out Oct. 13.