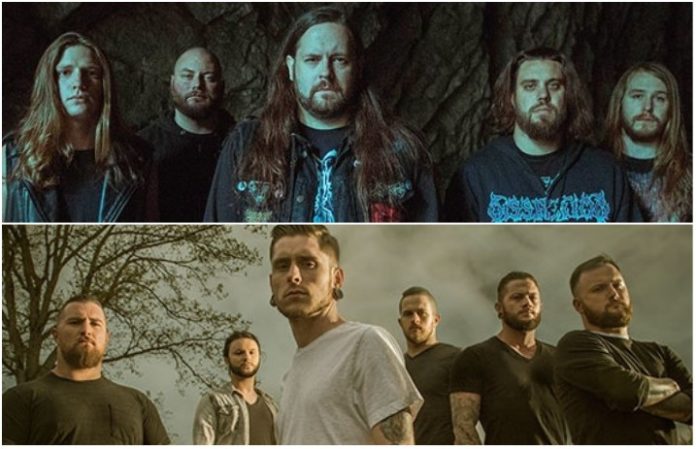 Death metal mainstays the Black Dahlia Murder and Whitechapel will hit the road for a huge co-headlining tour in the U.S. this summer, each act playing one of their albums in full. See the complete list of cities and dates below.

With support from Fleshgod Apocalypse, Aversions Crown and Shadow Of Intent, the cross-country trek will see TBDM playing their 2017 album Nightbringers in its entirety, plus more, while Whitechapel unleash the complete sonic assault of their 2008 Metal Blade debut, This Is Exile.

“We've known Whitechapel since their humble beginnings,” say the Black Dahlia Murder, “and [we've] seen them rise to be the important force in heavy music that they are now. It's exciting to team up with them for this co-headlining tour that's sure to decimate venues everywhere this summer!”

“We are excited to be doing a co-headliner with our friends and label mates,” add Whitechapel. “To celebrate the 10-year anniversary of This Is Exile, we will be playing it as a whole, and Black Dahlia will be playing their new record as a whole as well. It should be a great night of metal.”