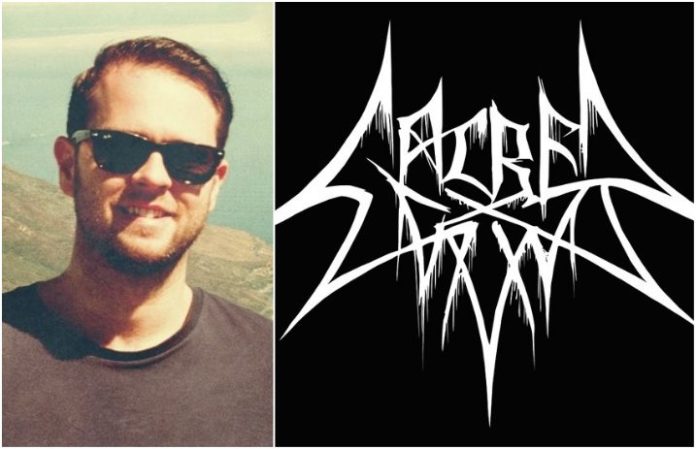 A new album cover is apparently causing quite a stir in certain corners of the extreme metal community. But not exactly for the reason you'd expect: It would seem that some metalheads are taking exception with British black metal band Sacred Son's new album art for simply being, well, just too dang idyllic.

As covered by Kerrang, the contender for “most black metal black metal album cover ever” (lol) features a quaint shot of the project's sole band member seemingly enjoying some sort of scenic, seaside sabbatical. The tranquil vacation pic is, of course, counterbalanced with Sacred Son's near-illegible “black metal font” logo emblazoned to the right of the smiling visage.

Accordingly, the reported hubbub merely stems from the fact that extreme metal album covers are usually, um, a tad more assertive (Is that the right word?) than Sacred Son's halcyon holiday snapshot. “Without the band logo,” as noted by Pulp, “this just looks like some guy's photo from vacation.”

“The split in opinion on the cover has been quite something,” Sacred Son's Dane Cross tells Kerrang of the album cover commotion, “one person lauding it as 'Andy Warhol-levels of genius,' the next calling it, 'fucking hipster trash.'”

“It feels pretty damn surreal,” Cross continues, indicating the unexpected boost his new album has received due to the cover photo's droll nature. “I didn't for a second think anyone would actually hear about this record, so it's been a huge surprise to see the amount of coverage it's been getting.”

Below, take a gander at the Sacred Son sleeve art in contention, from the band's debut, self-titled release. Have a look at the tracklisting and stream the entire new album via Sacred Son's Bandcamp, down yonder, as well.

What do you think of the Sacred Son cover? Sound off in the comments.