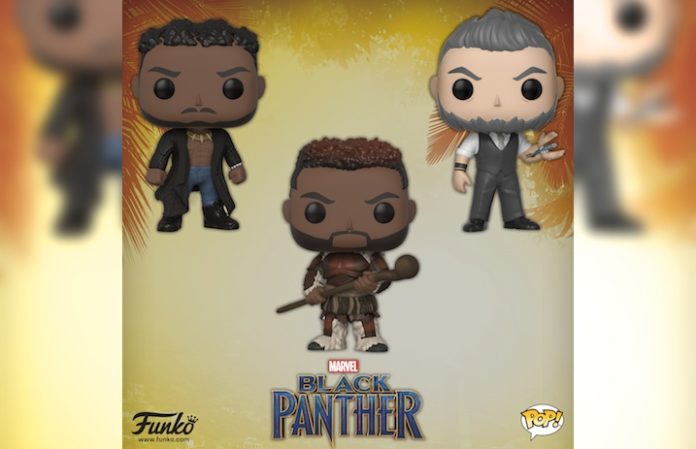 Marvel Studios' superhero blockbuster Black Panther will make a return to the toy world this summer in a second series of Funko Pop! vinyl toys based on the hit MCU film. Get a first look at the new figures down below.

Read more: Get a load of these 'Deadpool' Funko toys

Following last November's release of the first Black Panther Funko Pop! series, the toymaker is dropping some fresh fire with three new recruits from the villainous side of the flick. Are you ready to complete your set?

“This latest wave features more great characters from this amazing movie, including the villains of Black Panther,” says Funko. “You'll be able to collect Erik Killmonger—this time… in a black coat with his scars proudly displayed.”

In addition to Killmonger, the Series 2 Pops include Ulysses Klaue (with sonic disruptor arm!) and Wakanda tribe leader M'Baku. Slated for the summer, the toys should be out by August or September, according to Comicbook.com.

Where can you get one (or all three) of the new Black Panther Pops? Well, hop on over here to get a preorder in for the things, or keep your eyes peeled for the series' arrival to toy stores late this summer. I'm-a burn it all!