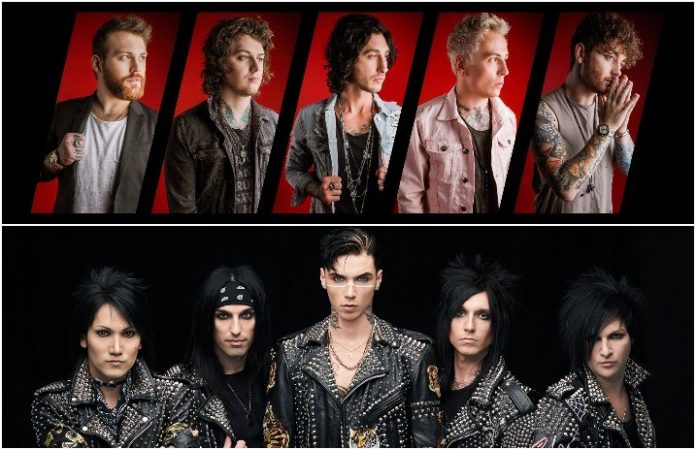 Yep, you read that right: Black Veil Brides and Asking Alexandria are co-headlining a massive 2018 tour, and we're already counting down the days until it kicks off.

The tour kicks off January 10 at The Complex in Salt Lake City, UT, rolling through major markets coast to coast, and concluding in Las Vegas, NV at House of Blues on March 2.

Crown The Empire have been announced as support for the full tour—and we couldn't be more stoked.

Both Asking Alexandria and Black Veil Brides have albums set to be released in the coming year, meaning we have both a tour and new music to look forward to.

“The Black Veil Brides record will come out at the top end of 2018,” Biersack explains. “The reason for the delay was that—first of all—we took 15 months to make the record, we really wanted everything to be as perfect as possible.”

Asking Alexandria just debuted a thrilling music video for their new song, “Into The Fire,” taken from their yet-to-be-titled full-length due out this year. Give it a listen here.

Where will you be seeing BVB and AA on tour next spring? Let us know in the comments below!