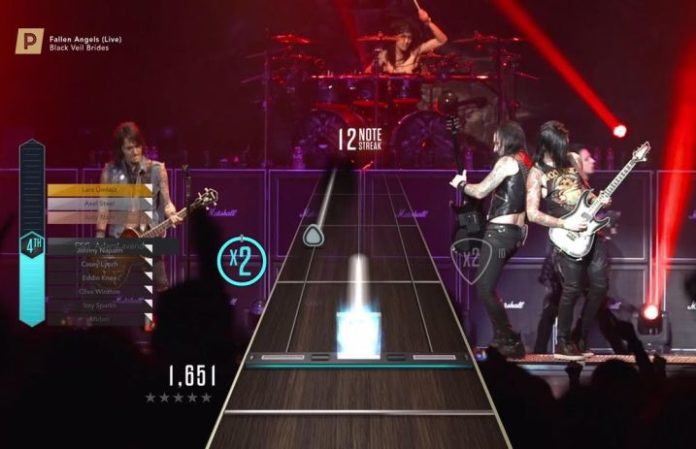 In addition to its current library of nearly 250 songs—between GH Live and GHTV—Guitar Hero Live will continue to add in-game content for fans to consistently have new songs to play and live backgrounds to enjoy while doing so.

In the game's newest rollout, a Black Veil Brides Premium Show has been included, which features playable footage from their Alive And Burning concert DVD that was released over the summer. There's also a Legendary Headliners Premium Show which features tracks from Blink-182, Paramore and Fall Out Boy, not to mention Pop Goes GHTV which includes songs from the 1975, American Authors and more. To coincide with the new content, Activision is giving all players free on-demand access to the entire GHTV catalog this coming weekend, November 6 through November 8.

As more content rollouts are added in the coming weeks, fans can expect music videos and playable footage from Bring Me The Horizon, Weezer, Alice In Chains, Judas Priest, System Of A Down and more.

Guitar Hero Live is out now on PS4, PS3, Xbox One, Xbox 360, Wii U and mobile platforms such as iPhone, iPad, and iPod touch.