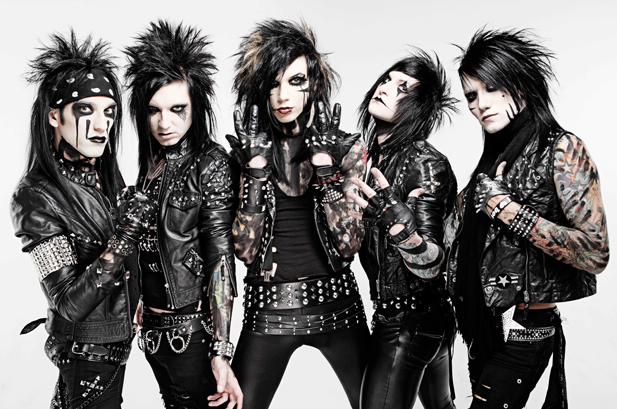 Black Veil Brides have announced the cancelation of their remaining UK/European tour dates along with their fall headlining tour. The dates were canceled due to frontman Andy Biersack breaking his nose. Check out the tweets from Biersack and a statement from the band's official Facebook page below:

Due to my current injury we are putting all Euro/UK shows on hold until further notice. I apologize & promise to do my best to recover

For those asking, during last nights show I broke my nose down the center, splitting the bone. I'll let you know more info asap. Thanks<3

BVB Army, due to circumstances beyond our control we regret to share with you the cancellation of our tour running from 11/10 – 11/21 We will be rescheduling all dates and making up for lost VIP packages etc.
Again, we apologize for this inconvenience and promise to make it up to you all at a later date We hope to see all of you on the Buried Alive tour with Avenged Sevenfold starting November 25th
– BVB

Black Veil Brides' Ashley Purdy has announced via Twitter only two UK/European tour dates have been canceled. Check out the tweet below:

Euro/UK fans: for now only Cologne and Amsterdam are cancelled. For now others are a go until further notice, keep you posted. <3