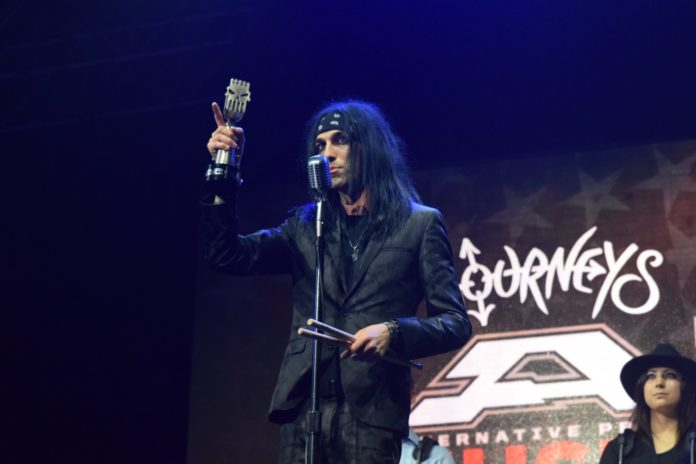 “Well holy shit, how about that? I am so excited to be up here,” says Coma. “Thank you for AP for making this possible. I have a list of about 3,000 people to thank, but what I want to say is congratulations and—There’s a lot of hate in the world, and I think that’s more important. Thank you so much for the award. This is definitely a career highlight.”

After a fan vote, Coma won against fellow drummers in Miss May I, Neck Deep, Set It Off, Underoath and letlive.

Last year, BVB took home the award for Album Of The Year for their self-titled record. In 2014, they won the Most Dedicated Fans Award.

BVB released their fourth studio album, Black Veil Brides, in 2014. Frontman Andy Black is currently out on tour supporting his solo record, The Shadow Side.