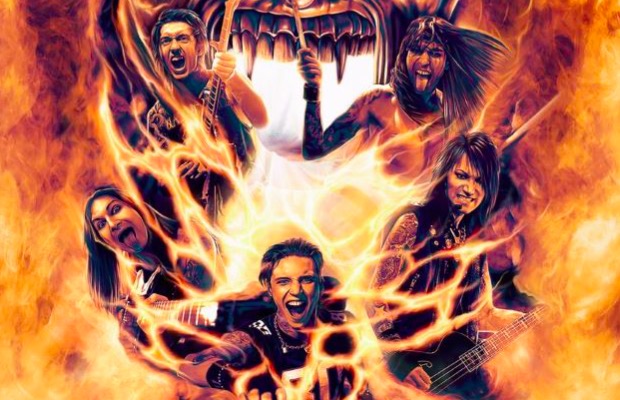 Black Veil Brides have announced that they will release their first live DVD, Alive And Burning, on July 10. Frontman Andy Biersack tweeted a picture of the effort's artwork, which you can view below. The piece was done by the Richard Villa, who has illustrated past artwork for the band as well.

Black Veil Brides released their latest studio album in 2014 via Universal/Republic Records. In case you missed it, watch the band cover Mötley Crüe’s “Kickstart My Heart,” on their recent headlining tour with Memphis May Fire.