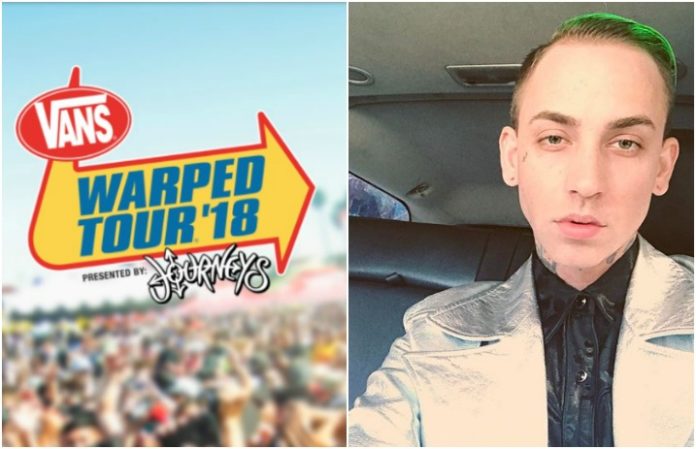 The final cross-country run for Vans Warped Tour announced its lineup Thursday evening, stating more special guests would be announced later. After a couple Twitter posts between blackbear and Warped Tour founder Kevin Lyman, could we possibly see the rapper in a festival guest spot?

Read more: The Ghost Inside explain why they’re not on final Warped Tour lineup

Artists such as All Time Low, Asking Alexandria, Underoath and Black Veil Brides have already announced their guest spots for the upcoming festival, playing a few select dates on the 2018 Warped Tour. Additional special guests artists are said to be announced as we get closer to the summer to remember.

Could blackbear possibly be one of those artists?

The rapper took to Twitter to share a poll with his fans, asking if he should headline Warped Tour.

should i headline the final @VansWarpedTour

Fronz responded, making us wish this had happened last summer.

But what really sent fans into a frenzy was Kevin Lyman's response.

I would physically become deceased

boy please don’t play w my emotions like this.

We're keeping our fingers crossed for this one!

Would you like to see blackbear on Warped Tour? Let us know in the comments below!