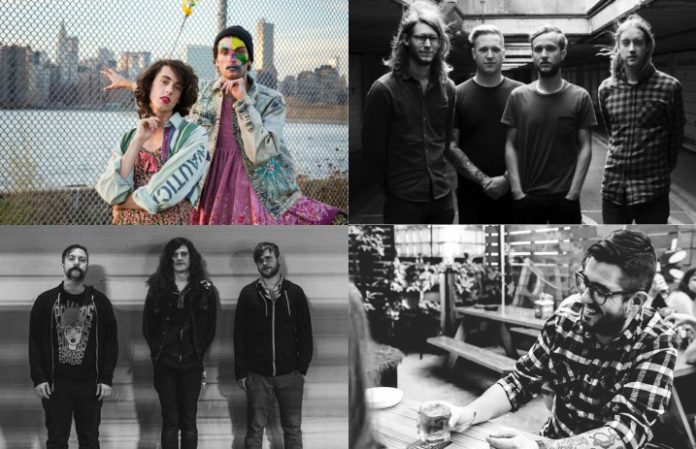 The 13th installment of BLED FEST has been announced, and the 2017 edition sports a giant lineup, a “vendor village,” and panel discussions, which are making their debut this year.

The jam-packed, day-long festival will take place on Saturday, May 27 at the Hartland Performing Arts Center in Howell, Michigan. The event is all ages, and more info and tickets are available on the festival website.

BLED FEST will feature nearly 70 artists on six stages, crossing multiple genres and highlighting a number of bands from the state of Michigan.

La Dispute, who are from Grand Rapids, MI, will headline the festival and will also be playing their 2011 album Wildlife in full. The Fall Of Troy will follow suit by playing their 2007 record Manipulator, and Bear Vs. Shark will reunite in their home state.

Other acts that will be on the bill include PWR BTTM, The Flatliners, Into It. Over It., Speak Low If You Speak Love, and Free Throw! You can view the full poster below!

30+ acts from around the world and ton of native Michigan groups round out the lineup. Tickets are only $35, and can be purchased at a few locations in the area, as well as online.

BLED FEST aimed to be much more inclusive of women, people of color, and LGTBQ musicians when putting together their lineup this year, and the roster strives to represent that goal with a diverse range of musicians on the bill.

The festival will also highlight a “vendor village,” which will consist of pop-up vinyl distros and booths from talented artisans, as well as a wide variety of food choices.

And new this year, there will be various panel discussions on topics ranging from mental health to the music industry.

Which leads us to let you in on this fun fact! BLED FEST is actually an acronym for Big Love’s Educational Festival, named after festival founder Ben Staub (aka Big Love), who started the festival as a basement/pool party in his backyard.

Check out the festival preview video below! How excited are you for this year's BLED FEST?!