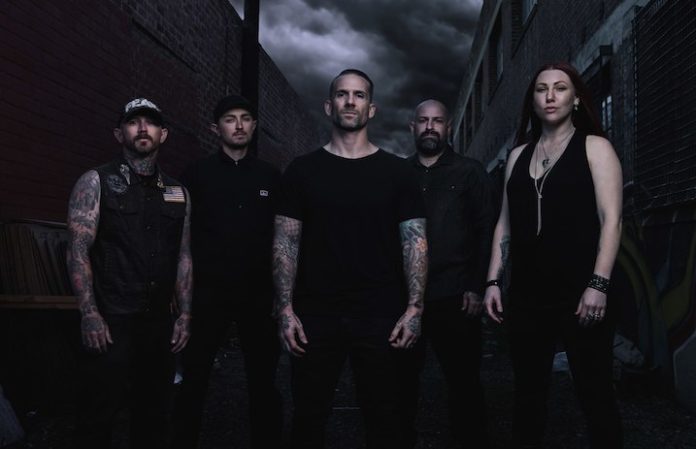 Bleeding Through vocalist Brandan Schieppati is no stranger to voicing his opinions, as evidenced in our recent interview with the frontman for the band's new album, Love Will Kill All. Now, the musician is airing his grievances with what he perceives as the stale state of modern metalcore, saying that “every record sounds exactly the same.”

As reported by Theprp.com, Schieppati doesn't hold back during a chat on Jon's Untitled Podcast, speaking at length to a metalcore outcome he describes as the “Bring Me The Horizon effect” and bemoaning what he views as a homogeneous trend among heavy music.

“There's a lot of cool newer bands coming out,” the vocalist says, “but what I really kinda paid attention to was a lot of the older bands and the absolute shit they were fucking releasing. It's kind of like one of those things where I was super disappointed as a fan and I think that's one of the things that motivated me to want to start writing some music again.”

He continues, “I think in the last four or five years what you're really getting is the 'Bring Me The Horizon effect.' You see a band that started off as a very crappy metalcore band, and found themselves later on in what they did. It's kind of led me to believe that maybe the metalcore/death-metal crossover thing they were doing wasn't really them to begin with. But lately, I mean, their [Bring Me The Horizon's] last two records to me are some of the best that have come out from the genre-ish in a long time.”

While Schieppati concurrently praises and laments BMTH's progressive musical scope during the interview, he says other bands attempting to follow that same blueprint have “discovered how to polish a turd” in regard to the implicated interchangable nature of modern metalcore trappings.

“Every other band sounds like Emmure with A Day To Remember chorus,” he says. “And every record sounds exactly the same. Sonically, drums sound the same, guitars sound the same, structures [are] the same. Every song is three minutes and fifteen seconds. It's a carbon copy of the same noise.”

Still, the vocalist steers clear of disparaging the listeners of the genre: “I'm not saying 'noise' like it's a bad thing,” Schieppati adds. “But what I'm saying is that there's no rawness to a record anymore. Bands have discovered how to polish a turd, and they do it very well.

“It takes all the realness out of a record,” the frontman surmises. “And I just think that that's, like, the new norm, is to try to be as perfect as you can. Which kind of leads me to that 'Bring Me The Horizon effect,' because their records are just perfect. But everybody just tries to copy them.”

Do you agree with Schieppati's critique of the modern metalcore scene? Is every metalcore band trying to sound like BMTH or “Emmure with A Day To Remember” choruses? Sound off in the comments and let us know your take.

Listen to the full podcast below: