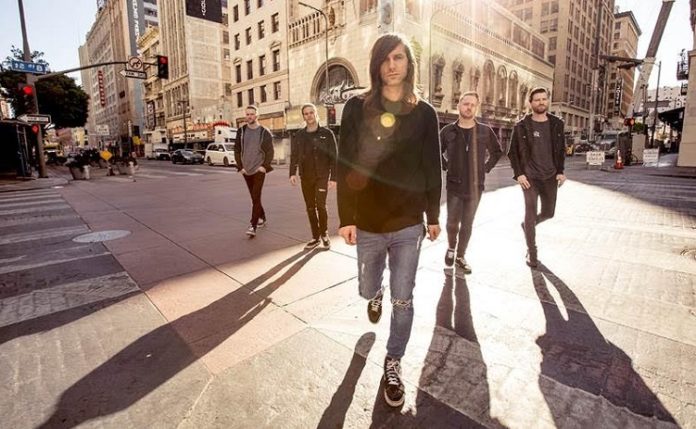 “'Wishful Sinking' is one of the first songs we wrote for this album,” singer Beau Bokan explains. “It's got all the familiar Blessthefall vibes that any old school fan will recognize immediately. We wanted to do what we do best while finding a fresh sound. I think it's one of the more dynamic songs vocally and musically. It takes you on a ride that ignites the whole album.”

Give “Wishful Sinking” a listen below:

The band's upcoming full-length, Hard Feelings, will be released March 23, and you can preorder it here. Plus, listen to the record's first single “Melodramatic” here.

The album was produced by Tyler Smyth with additional production by Howard Benson and From First To Last's Matt Good.

Plus, Blessthefall are on tour with Of Mice & Men, Cane Hill, and Fire From the Gods. Check out the remaining list of tour dates below.