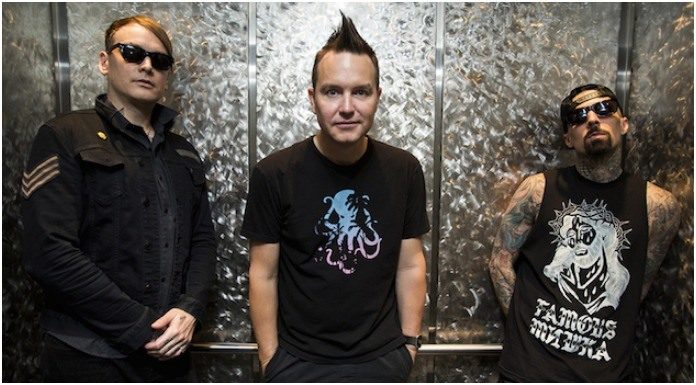 Blink-182 have been forced to postpone two dates of their ‘Kings of the Weekend’ Las Vegas residency shows this weekend due to a medical emergency with drummer Travis Barker.

The band took to Twitter on Thursday (June 14) to announce that their shows on Friday (June 15) and Saturday (June 16) would have to be postponed due to blood clots in Travis Barker’s arms.

Dates for the new shows have yet to be announced.

Read the band’s full statement below:

“Friends, Travis Barker is suffering from blood clots in both arms and unfortunately cannot perform until cleared to do so by his medical team. The situation is currently being closely monitored. Due to this situation, it is with great regret that the blink-182 ‘Kings of the Weekend’ Las Vegas residency dates this weekend must be rescheduled. New dates will be posted on the band’s website shortly. If you are not able to attend the rescheduled dates, refunds will be available at point of purchase.

“Drumming is my life and It kills me that I can’t perform for you guys this weekend. I hope to be back as soon as I can.” – Travis Barker”

In other blink-182 news, the band recently played “The Party Song” from 1999’s Enema of the State, for the first time, and quite possibly the last time, at a show from their Las Vegas residency.

“For us and for hardcore Blink fans, it was a cool song, [but it’s] a deep cut from an album that came out almost 20 years ago, so a lot of people just had no idea,” Hoppus tells the Las Vegas Weekly. “And first of all, it’s a hard song to play.”

“It’s super fast. There’s nowhere to breathe,” he continues. “We had to work long and hard at rehearsal so that I sing the majority of the line and Matt sings the end of the line, just long enough for me to take a break and start the next line.”

Watch the band play the song in full below!