“Scumbag” dropped last October and Goody Grace has been busy ever since. He’s been seen in the studio working with Machine Gun Kelly and just announced a U.S. headlining tour.

Of course, blink-182 have been no slouches since “Scumbag” released either. Travis Barker started his own record label and is producing MGK’s pop-punk record Tickets To My Downfall. Mark Hoppus has been seen working with Atreyu as well as featuring on the Used‘s upcoming album Heartwork.

The “Scumbag” collaboration was months in the making (or years if you take into consideration Grace’s self-proclaimed fandom). Back in November 2018, the vocalist made a dream come true by joining the pop-punk trio as support on two nights of their Las Vegas residency, Kings Of The Weekend.

“blink-182 is the reason I started playing guitar when I was a kid,” Grace shares. “Their music helped me through my entire childhood and teenage years, and I couldn’t be more honored to have them on a song of mine. Travis Barker reached out to me last fall to open for blink in Las Vegas, and we’ve become great friends since then. I hope ‘Scumbag’ can be the anthem for people’s lives such as blink’s entire discography is for me.”

The performance sees Goody Grace standing alone with a guitar as he croons his way through the first verse and chorus before Hoppus and Barker back him up full band. Watch the performance below.

In addition to the blink-182 performance, Goody Grace also announced a U.S. headlining tour. The seven-date run kicks off in Toronto, ON on May 2. Tickets are available here. A full list of dates is below.

blink-182 dropped their newest album NINE in September of 2019. They are hitting the road this summer, performing at a number of festivals including Firefly Music Festival, INKCARCERATION, Common Ground and Rock The Park. A full list of their shows is available here.

Did you like the blink-182 and Goody Grace performance? Sound off in the comments below! 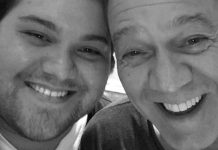 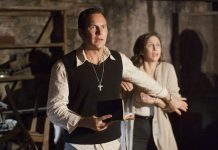 You’ll be able to stream every 2021 Warner Bros. film, but there’s a catch 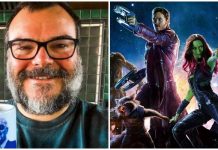