Blink-182 celebrated the birthday of their co-headlining artist Lil Wayne by presenting him with a celebratory joint onstage.

The band gifted the rapper with the on-brand gift during their show in New York on Friday.

During Lil Wayne’s set, Mark Hoppus, Travis Barker and Matt Skiba walked up to him with a joint on a silver tray to celebrate him turning 37.

“I’ll take this now,” Wayne said right before he sparked it up with the help of Barker and an off-stage hand. “Thank you guys, thank you. My fucking brothers for life.”

You can see a video (originally captured by Instagram user @lisa_182) of blink-182 gifting Lil Wayne some weed below.

— lemonade was a popular drink and it still is (@mattwhitlockPM) September 22, 2019

The band just wrapped up their 20th-anniversary Enema Of The State tour with Lil Wayne and Neck Deep and dropped a new album NINE. You can stream that below.

Following the end of the tour, Mark Hoppus has opened up up about their iconic Enema era and former bandmate Tom DeLonge.

Still, the band looks back on their early days with fondness.

“There was a real unity of spirit in the band; [it’s] when the band found itself,” Hoppus said.

“When Tom was in the band, that’s when Blink did its best work,” he added. “Now post-Tom, with Matt in the band, we’re approaching songs differently.”

As far as the current relationships go between the former bandmates, Hoppus revealed there are no hard feelings.

“I talked with Tom for the first time in two years right before we started this tour. The conversation was more about us just telling each other, ‘No hard feelings. You do your thing, we’ll do our thing.’ It’s all good.”

What do you think of blink-182 giving Lil Wayne weed for his birthday? Sound off in the comments down below! 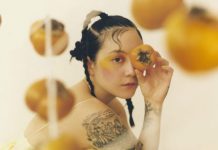