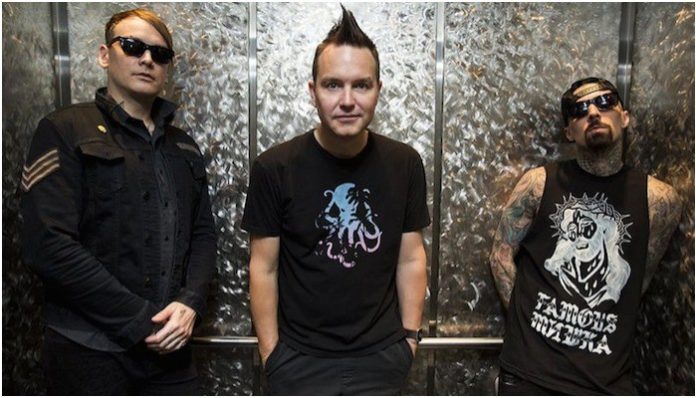 Blink-182 might be the reason for the ruin of Fyre Festival. Or, more specifically, Matt Skiba and his witch energy.

Ja Rule’s Fyre Festival was a disaster in many ways, with numerous technical and logistical issues, as well as fraud accusations. However, it seems like supernatural forces helped doom the event.

The complete mess that was Fyre Festival recently started making headlines again because of the two documentaries released by Netflix and Hulu. The films show that the festival—which was advertised as “the unparalleled best in music, cuisine, design and hospitality on a private island in the Exumas”—ended up being anything but luxurious.

Fyre Festival attendees arrived to inadequate basic necessities—including food, housing and electricity—never mind the luxurious promises. Guests then tried to evacuate the island and ended up stranded in an extreme lack of organization and infrastructure.

The event’s co-organizer, Billy McFarland, plead guilty to multiple counts of fraud and is serving a six-year prison sentence. Now, Kendall Jenner, Bella Hadid and other models and artists who helped promote the festival are facing subpoenas. The celebrities might have to reveal information about the payments they received by McFarland for their festival appearances.

blink-182 were schedule to play the festival, but canceled both their performances for logistical issues. At the time, the band said they weren’t confident they’d have adequate resources to provide fans with a quality show.

Skiba even discussed the issue further in an interview with TMZ, and apologized to blink fans who attended the festival.

Who’s to blame for the mess? Matt Skiba, apparently

Now, the blink-182 and Alkaline Trio musician has shared more insight into his role in making the festival not work during an interview with NME. Skiba says he used his energy to stop Fyre Festival from happening.

“I had a bad feeling about that event. I consider myself a pagan and a witch. With every inch of my energy I wanted Fyre not to happen,” he shares. “I put all the electricity and energy in my body against that thing happening.”

“I’ve been to the Bahamas before and it’s so crass. You land in Nassau and the whole island is replete with beauty and culture, but there’s a lot of poverty,” Skiba continues. “It’s classist and racist and then they decided to park a bunch of yachts with models to show off in front of those poor people, going down there with all your Ferraris and bullshit and yachts.”

Skiba adds blink didn’t go for technical issues, but he used his powers, as well.

“I used my witchy ways and it seemed to work. I’ll take responsibility and everyone can blame me. Shazam,” he tells NME. “I was on my couch feeling somewhat guilty, but very relieved that I wasn’t there with people stealing from each other.”

Skiba revealed he “didn’t want a bunch of people to be marooned on bullshit island,” so…

“I put all my energy into it not happening because for all the tea in China I didn’t want to be a part of something like that.”

So, there you go: Blame Matt Skiba.