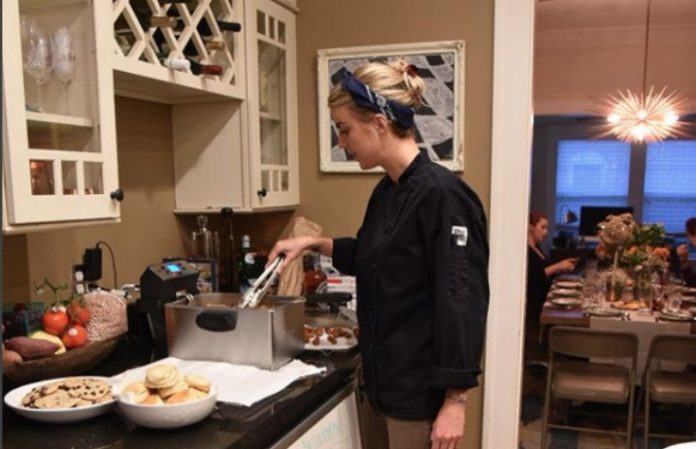 Mary Mattern has already served as a chef for Blink-182 and Ellie Goulding, but now she's going to be bringing her amazing culinary creations to the city of Orlando at her upcoming vegan cafe with her fiance, A Day To Remember guitarist, Neil Westfall.

Check out all the details, along with delicious pictures of what might be on the menu below!

The official location of Heirloom Deli hasn't been revealed just yet, but that hasn't stopped Mattern from posting pictures of delicious meals we hope to someday order soon.

Mattern talked about what inspired the cafe in an interview with VegNews.

“I grew up in one of the largest Hasidic Jewish communities in the United States, so going to Jewish delis for breakfast on Sunday morning and lunch midweek is a huge part of my childhood. The concept of being able to grab a sandwich and a couple different sides was always so appealing to me. Looking through a deli case and seeing all the options. I want to create that in Orlando using plants,” said Mattern.

In case you want to try cooking some of Mattern's delicious meals, she has a cookbook that you can purchase on Amazon here!

Are you excited to try some of the same food that Blink-182 would have enjoyed on tour? Let us know in the comments!