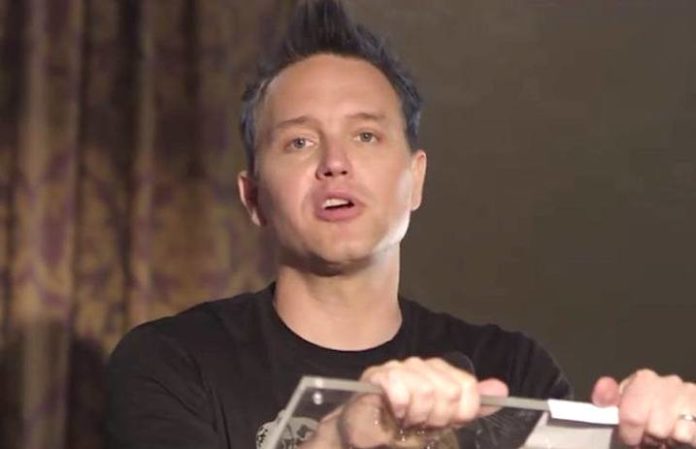 Here's an oldie but a goodie: Watch and learn as blink-182's Mark Hoppus addresses an assembly of bored bass players in this hilarious CollegeHumor video, “Why Do Bassists Always Look Bored?” Yep, the longtime blink bass man drops some knowledge for those of us droppin' the bass in our bands.

Read more: Mark Hoppus once dropped acid before a gig

“Bassists, please stop plucking!” Hoppus says among a flurry of four-string pops and slaps. “We need to talk about The Problem. We have to stop looking so bored onstage when we play.” Giving Flea and Primus' Les Claypool a pass (as well as “chin-bearded hardcore guys”), the musician illustrates the bassist's abiding boredom with an amusing slideshow.

The classic Hoppus clip, first unleashed on YouTube back in 2012, was re-shared via CollegeHumor's Facebook page on Sunday, proving that the video's timeless message remains as large as a bassist's dilated pupils during a live set.

Do you identify with Hoppus' plight against the bored bassist? If you're a bass player, do you ever get so stupefied onstage that you start daydreaming about non-four-string concerns? Watch the video, and let us know below: