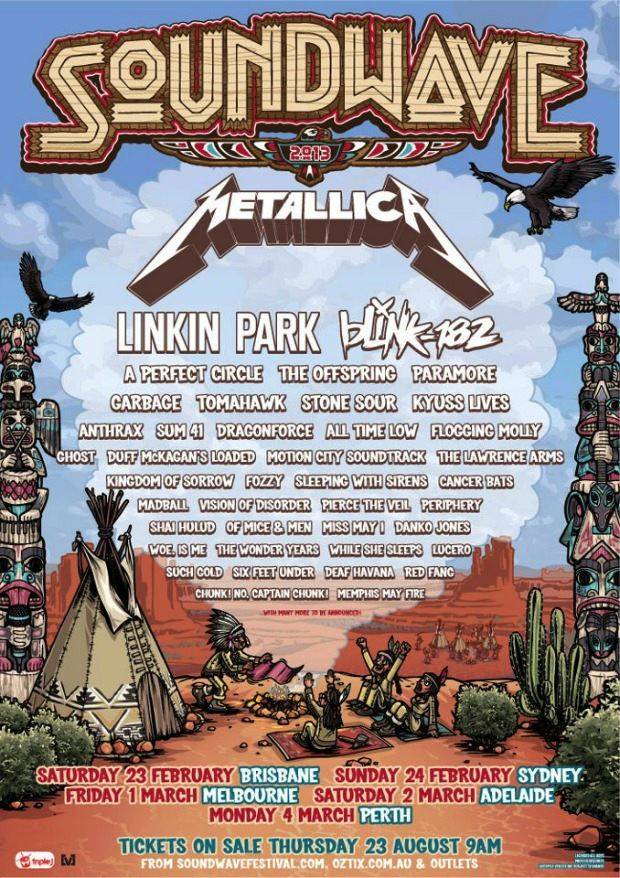 The first set of bands have been announced for Soundwave Festival 2013 in Australia, which you can view in the picture above. The list includes heavy hitters such as Blink-182, Paramore, Sum 41, All Time Low, Motion City Soundtrack, Sleeping With Sirens, Pierce The Veil, Periphery and so many more.

There are still a slew of bands to be announced for the festival, which will take place February 23 in Brisband, February 24 in Sydney, March 1 in Melbourne, March 2 in Adelaide and March 4 in Perth. Sign up for their mailing list on their website to be eligable for pre-sale tickets.