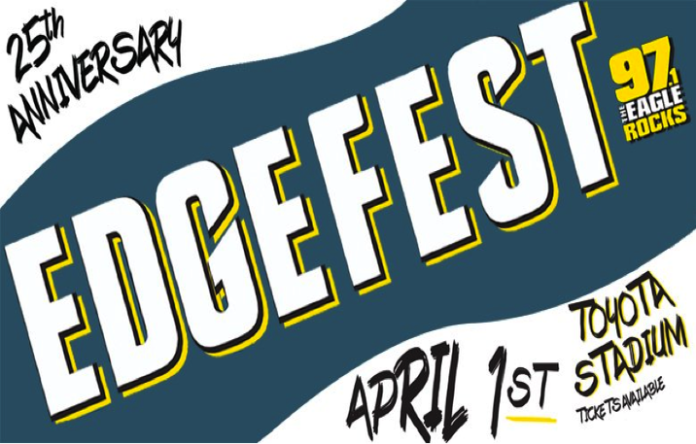 Dallas-Fort Worth's Edgefest has unleashed its 25th anniversary lineup, and the day-long bill is loaded with talent!

The festival boasts two of the biggest names in punk over the last two decades, with Blink-182 and The Offspring holding the top performing spots of the evening.

Edgefest will take place on April 1 at Toyota Stadium. There will be a 12-hour presale on Thursday, January 26 from 10 a.m. until 10 p.m. central time, and all other tickets will go on-sale Friday, January 27 at 10 a.m. Tickets will be available via the station's website at the following link.

Other big time names include the likes of 311, Chevelle, The Toadies, and The Naked And Famous, creating a diverse range of music and styles for fans to enjoy.

It may fall on April fools, but this lineup is NO joke. Buy your tickets this Friday at 10am to the 25th Anniversary of #Edgefest. pic.twitter.com/sBfwWL1hNj

Edgefest has been going on since 1992 and is hosted by 97.1 The Eagle, which is a leading rock station in the Dallas-Fort Worth area.

How excited are you about this year's stellar anniversary lineup?! Let us know if you'll be attending and who you're most excited to see in the comments!