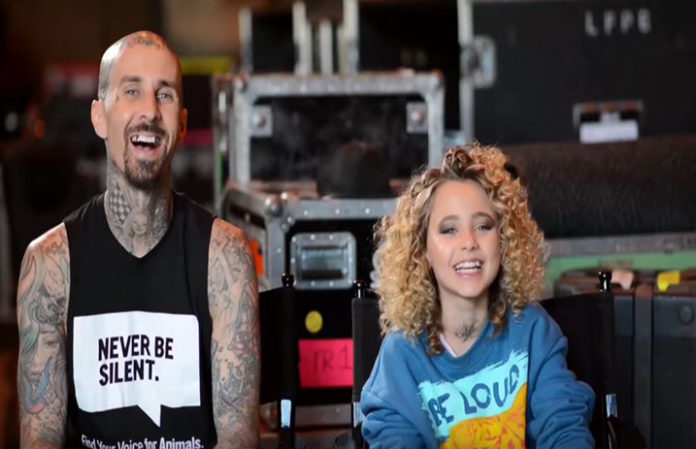 Blink-182's Travis Barker has swapped his drum sticks for a pair of carrots in a new ad that he and his daughter, Alabama, have made with PETA.

Check out the adorable ad below!

This is far from the first time that Travis or Blink-182 has gotten involved with the animal rights group. In 2016, the band won the “Most Animal-Friendly Band” award at the Libby Awards, going up against bands such as Tonight Alive and Farewell, My Love.

“I’ve been vegan for many years and vegetarian for even longer,” Barker says in the video and later reveals that Alabama has joined him in that lifestyle.

Alabama is featured in the video playing drums and also talks more about the campaign.

“We're doing a never be silent campaign to speak up for animals that might need our help,” explained Alabama Barker.

While her father is definitely an animal lover, Alabama might just have Travis beat.

“She would have a farm if I had the land,” said Barker laughing.

We definitely want an invite if the Barkers ever do open up a farm.

Check out both the poster and video below!