Due to coronavirus, many concerts have been canceled or postponed, including South By Southwest. Several bands including Against The Current, FEVER 333, Citizen, the Wrecks, Pussy Riot, Heart Attack Man, Knocked Loose and many other artists got creative and took their live shows to Minecraft.

Indie rock band Courier Club coordinated the livestream Block by Blockwest and performed a set as well on one of the virtual stages to raise money for the CDC Foundation. The organization aims to provide support and medical supplies to health facilities during the pandemic.

The stream was originally supposed to take place April 25, but due to high demand, the servers crashed. In less than an hour, the festival raised $5,000. They returned May 16 with the capacity to support heavy traffic.

dude i know literally nothing about minecraft but this festival is SO. STINKING. COOL!!!!

check out this vid to find out how to join the #BXBW fest tomorrow, lineup is all est times⚒ https://t.co/7YodeBqsIy pic.twitter.com/LacK4IvkVG

In the Minecraft world, bands had the chance to put their own characters on the stage as their pre-recorded live sets played. The block concert-goers moshed and danced below the stages during the stream, too.

In fact, during the Knocked Loose performance, the characters crafted a “wall of death.”

just witnessed a wall of death happen in minecraft pic.twitter.com/KyXdWKgNqE

You can watch the band’s block-shaped fans go absolutely wild like it’s a real show full of stage diving and opening up the pit at 3:32:42.

Messages of hope arose in many of the live sets including from Fever 333, known for their politically empowering lyrics.

“Look around the crowd, different shades and shapes, different faces and places, but we all come here under our own truth,” said frontman Jason Butler. “Close your hand, make a fist, hold onto your power. That is your power, yours, and yours alone. Do not let them take that from you.”

Against The Current also shared an amazing performance, sharing crowd favorites such as “Voices” and “Gravity.” You can watch their full set below at 4:26:00.

Check out the full festival on stage two and stage three. You can also donate to the CDC Foundation here. 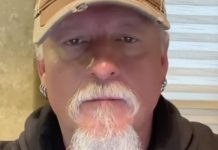 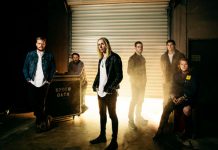