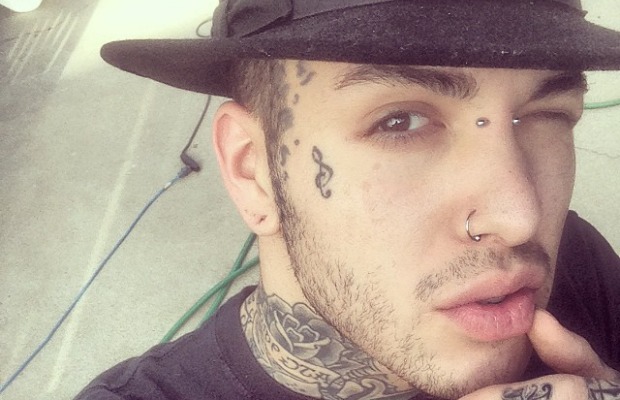 Jayy Von Monroe, one half of electronica duo Blood On The Dance Floor, has revealed all of the details for his debut solo album—aside from the release date. Along with the announcement, Monroe specified that he is not leaving BOTDF and the project has “nothing to do with BOTDF or my friendship with bandmate Dahvie Vanity.”

10 Commandments Of Sex Hate And Religion will feature (of course) 10 songs, covering the topics of “money, politics and religion.” Check out the full tracklisting, read what Monroe had to say about the album, and let us know your thoughts.

Let me tell a little bit about where i stand,what my message is, and how i intend to portray it.

There’s a bit of discussion about my “leaving” of Blood On The Dance Floor – FALSE. This has nothing to do with BOTDF or my friendship with bandmate Dahvie Vanity.

As some of you know, Ive been in band for the past 5 years. And working in a group sometimes you aren’t conveyed the way you want to be. You can only show so much of yourself. Well now I’ve decided to bare it all. I’m ready to be criticized, shamed, and praised. i want to thank anyone to took the time out of their day to read this.

A bit about the chosen album title. Its been said by general population that there are at least 3 major subjects “Money,Politics,And Religion” but how boring of an album title would that be,right? Well since we are in a modern era i decided to take my own spin on what really makes people tick. Sex has become a very touchy subject for people lately. I, myself got my account on instagram deleted after posting a shirtless photo that had been taken for a club promo admat. Hate is what my persona has the reputation to promote. I dont know where people get this idea that im some bad ass. anyone who has met knows my a shy awkward being whose very dark and quiet. my mom used to say if you have nothing nice to say, don’t say it at all. That’s why i don’t talk much. Religion is an obvious topic for me to target, because i am very openly against organized belief. I dont shed too much light on using the word HATE for religion. i just dont agree with it, im to express my opinion, and i don’t expect not to hear everyone’s say so. i’m just hoping mine is louder.

I plan to release for information in the next few weeks. ive been working hard on my masterpiece and i hope everyone can either, learn from it, live for it,or hate it entirely.