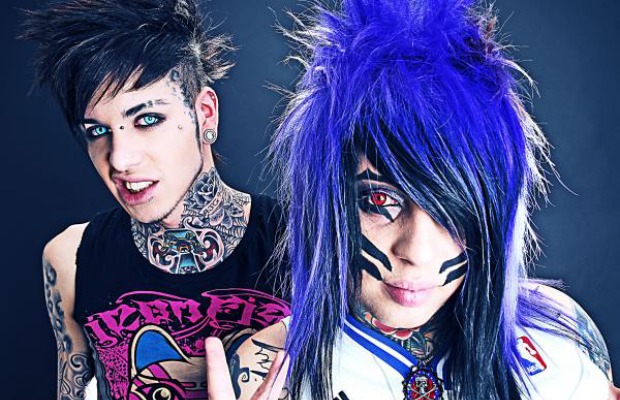 Last week, Blood On The Dance Floor were kicked off of Combichrist’s fall U.S. tour (shortly after being announced for it) due to the messy history of sexually explicit allegations against the band. Read a message from Combichrist below:

“As you’ve seen with all of our tours, when we select our support acts, we attempt to bring acts that will help introduce Combichrist to fans outside of our fanbase. This has worked well for us in the past, and it was in this spirit that we invited Blood On The Dance Floor to tour with us. Like all announcements, we knew that this decision would be met with some concern but we thought that the different styles would be the source of conversation. We were not aware of the controversy about their past behavior. It has been difficult to read everything posted today; our sole goal is to bring you a kick ass tour that you can be excited and proud of and it’s become clear that we won’t be able to do that with the choice we made. As a result we have released Blood On The Dance Floor from this tour and are rethinking our direct support. We expect to have a new announcement for you shortly. Thank you for your honesty and integrity. You stand by us, we stand by you.”

Blood On The Dance Floor have responded with their own comment, blaming “social media” and rumors.

“Due to unfortunate circumstances, we must announce that we will no longer be touring with Combichrist, and honestly we have the social media to blame. It’s truly sad, and quite pathetic that people are willing to stoop as low as to spread some sick, twisted rumors about me, and it’s even more sad that people feed into it. I have NEVER been convicted of any crime that I have been accused of, but I feel as though I have been shackled by defamation. We have ALWAYS treated our fans as they were family, and we give the the upmost respect, as we hold our family in the highest regard. Anyone that knows us, or has been around us for any amount of time would know that we are nothing but gentlemen when it comes to females, and we would never allow harm to come their way. Sadly, these atrocious lies that are being spread about me have become a raging wildfire, and it’s gotten out of control, and sadly it has crippled some relationships. To conclude, we would like to thank our FAMILY for all of the support and loyalty you have shown us, despite the slander that has been attached to our name. We love you with all of our hearts, and we truly apologize for the inconvenience. We will make it up to you in 2015 by having out very own headlining tour upon the completion of our upcoming record. Again, we apologize if we let anyone down; we didn’t realize how out of control the ignorance would be.”

Combichrist have announced William Control will be stepping in as support, with Darksider and Davey Suicide as openers.