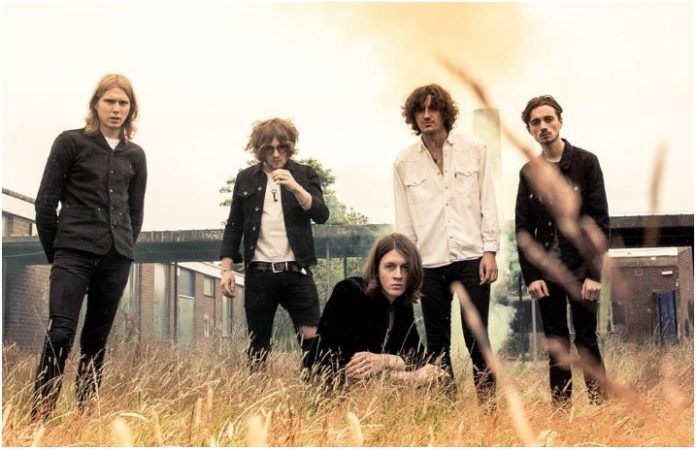 Band breakups are one of the worst, if not the worst things that can happen in any music fan's life. (We're pretty sure we can all agree that none of us are even remotely OK with My Chemical Romance's split still.) Clearly, we've got a lot of emotional ties to our favorite bands, but who doesn't?

Maybe our hearts could have been repaired, even just a little bit, if we had access to a helpline that dealt specifically with hearing the news that one of our favorite bands were breaking up. Well, it looks like for fans of one band, a hotline has been set up for them to deal with the traumatic news that things just aren't working out.

Blossoms have launched a new helpline for fans if they're “feeling confused” or “helpless” after hearing recent rumors of the band's growing tension among one another. Speculation of the band's potential breakup started last week when the band's frontman Tom Ogden and drummer Joe Donovan got into a Twitter feud before the band's appearance in the NME awards.

The exchange started with a tweet by Ogden and was later finished with Donovan telling the frontman that he'd see him at the NME awards the following night.

Fuck off Billy Bigtime. It's wasn't me who asked his mum to buy him a special leather glove to eat pasties with after he burnt his thumb on a @greggsofficial steak bake. Gimp.

and you begged Twitter to verify you for weeks – fucking tragic

Whatever “mate”, remember when your mum had to wipe your arse for a month coz you broke both your arms, bet you pay someone to do that now. I'll see you tomorrow at the NME awards. #bellend

With the animosity between the two clearly evident, fans began to worry about the future of Blossoms. After the exchange, the band met at the NME awards, where someone from the website asked them what was to come for the band. Giving both their views on the growing situation, Ogden left with parting words about the next steps.

A few days after the initial Twitter feud, the band's record label, Virigin EMI, tweeted to their followers to let them know of a new helpline for those who feel like they need to talk out their feelings about the unknown future of the band.

According to NME, when you call the number that was provided by the band's label, you hear the band's guitarist, Josh Dewhurst, saying: “We have paid therapeutic professionals dealing with this fallout. One of them has been on This Morning twice.”

Dewhurst also adds: “I just wanted to reassure you that it’s not over yet, and I’m 50 percent sure that it’ll be fine.”

With the reassurance from Dewhurst and the paid therapeutic professionals, we think that fans of Blossoms will be OK. If not, we'll be a support if they ever need it because no one ever wants to hear of their favorite band breaking up.