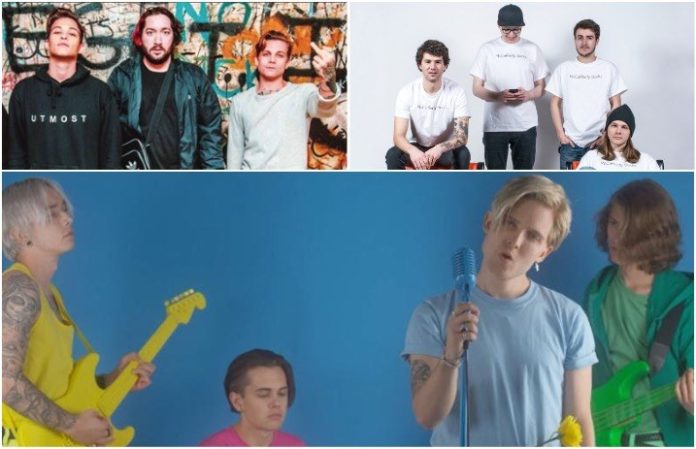 Broadside announced a few new tour dates, McCafferty signed to Triple Crown Records and more. Check out the news you might have missed today below!

������������ – we’re excited to do some headline shows after Slam Dunk!
Hopefully you’ll join us and our homies in @HomeboundUK & @UKMilestones

TICKETS ON SALE WEDNESDAY at 10AM GMT! pic.twitter.com/VXfZYpj8Fm

Yarn, out 3/23 on @3crown. We spent the fall recording this album with Mike Sapone and we could not be more excited for you to hear it.

Sign up to be notified for when “Loser.” and pre-orders go live tomorrow at 2PM EST via https://t.co/8pd4HLSDVY! pic.twitter.com/8HJLvQqolm

McCafferty signed to Triple Crown and announced the release of their new album, Yarn. It's currently available for preorder here.

Absolute Hero released a lyric video for their new song “Death Of Innocence.”

4. Cherry Pools released a video for their new track

Cherry Pools shared a vibrant new video for their track “Are You In Love.” You can also catch the band on tour—check out the list of cities and dates below.

Simon Doom released their new track “Lucifer The Light Bearer.” Give it a listen above!

6. Datarock premiered their new song “Laugh In The Face Of Darkness”

Datarock premiered their new song “Laugh In The Face Of Darkness.”

Finally doing a west coast and I am so excited about it pic.twitter.com/Zh2RfcmQ5U

Bogues and Glacier Veins are hitting the West Coast this spring.