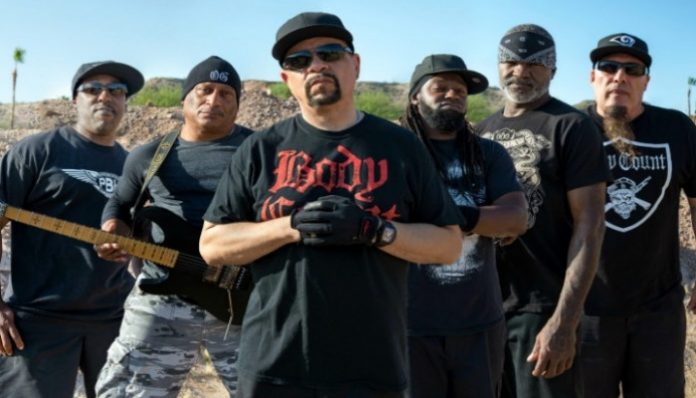 Body Count are preparing to drop their new record Carnivore and it has some sweet guest features across the album.

The record is set to feature Evanescence‘s Amy Lee, Hatebreed‘s Jamey Jasta and Power Trip‘s Riley Gale across the album.

The record will also feature two re-recorded versions of Ice-T tracks, “Colors” and “6 In Tha Morning.” It’s also likely they’ll be recording a cover of Motorhead’s “Ace Of Spades” for the album based on the tracklist. You can check out the full tracklist below.

The band also recently dropped the title track from the record alongside a visualizer clip. You can check that out in the player below in case you haven’t seen it yet.

The new record is set to come out on March 6 via Century Media and can be pre-ordered here.

The band will be performing at a number of European festivals soon. You can see the list of their tour dates below.

What do you think of the guest features set to appear on Body Count’s upcoming record? Let us know your thoughts in the comments below.