Body Count has officially won Best Metal Performance at the 2021 Grammy Awards for “Bum-Rush,” off of Carnivore. The award was presented during the Grammy Awards Premiere Ceremony.

This year, Body Count was up against a stacked list of nominees that included Poppy’s “BLOODMONEY,” In This Moment’s “The In-Between,” Power Trip’s “Executioner’s Tax (Swing of the Axe) – Live” and Code Orange’s “Underneath.”

Ice-T accepted the award on Body Count’s behalf. During his speech, he thanked all of the members that have been part of Body Count over the years. As well, he gave shout-outs to producer Will Putney, Century Media and his manager Jorge Hinojosa among others.

You can follow along with the rest of the 2021 Grammys winners here and watch Body Count’s acceptance speech below.

This year’s Best Metal Performance inclusion marks Body Count’s second Grammy nomination. Back in 2018, they were nominated in the same category for “Black Hoodie,” off of Bloodlust.

This past December, Ice-T told Consequence Of Sound that he thought the 2018 nomination wasn’t real at first.

“I thought it was a joke,” he told Consequence Of Sound. “I couldn’t believe it. Now, for us to get a nomination on our next album after that, I was like, ‘Really?’ I guess somebody over there at the Grammys really enjoys what I’m doing. So, it’s a very exciting moment.”

Although Body Count have just won their first Grammy, Ice-T has already taken home a trophy. Back in 1991, he won Best Rap Performance By A Duo Or Group for his feature on Quincy Jones’ “Back On The Block.” He was also nominated for Best Rap Solo Performance for “New Jack Hustler (Nino’s Theme)” at the 1992 Grammys.

Just a few years before their 2018 Best Metal Performance nomination, Body Count appeared at the first APMAs in 2014. While there, they performed “There Goes The Neighborhood” and “Talk Shit, Get Shot.”

You can stream “Bum-Rush” below.

2021 marked some historic nominations in the Best Metal Performance category. To date, only six females have ever been nominated in this category, three of which were this year. In the past, Sean Yseult was nominated with White Zombie in 1994, 1996 and 1997. Meanwhile, Ruyter Suys and Bonnie Buitrago were nominated with Nashville Pussy in 1999.

Poppy’s nomination for “BLOODMONEY,” off of her album I Disagree, is historic for a few reasons. Along with this being her first nomination at the Grammys, she is also the first solo female artist to snag a nom in the Best Metal Performance category. Prior to her, all other female nominees in this category were members of groups.

Over the years, Poppy has helped pave the way for females in metal music. For her latest full-length album I Disagree, she broke down barriers and explored female empowerment while merging together metal and pop sounds. Along with co-directing her music videos and releasing graphic novels with full soundtracks, Poppy continues to have creative control over the work she releases.

Back in September, Poppy appeared alongside fiancé Ghostemane on the cover of Alternative Press Issue #387. Together, the couple opened up about the evolution of their music over the years and how they motivate each other creatively. 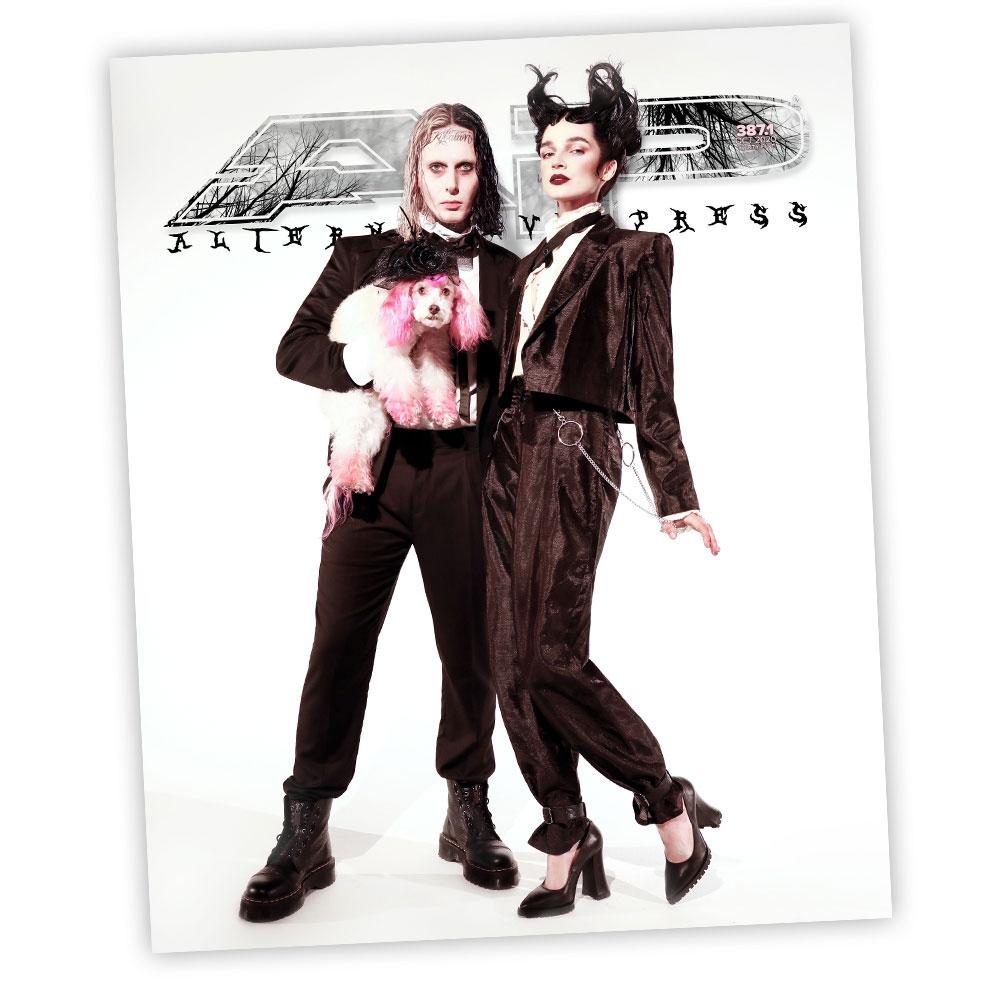 You can stream “BLOODMONEY” below.

For In This Moment, 2021 marks the first time they have been nominated for a Grammy. The Best Metal Performance-nominated song “The In-Between” appears on their latest album Mother. Fans got their first taste of the song back in January when the band debuted a haunting video for the track. In March, Maria Brink exclusively told Alternative Press that “The In-Between” is inspired by the different sides of her not everyone gets to see.

“I think it’s about the different sides of myself,” she told Alternative Press. “I have this extreme duality, I have a side that’s loving and gentle, an angelic side. Then I have a side that builds up, and I have to let it out, a darker side that I love and I find beautiful…my fire, hell. So a balance between the two. People always want the hell side of myself, and it’s this back-and-forth pull between everything and how I got to be like that.”

Since Mother’s debut in March, Brink has continued to stay busy. Back in June, she stood in solidarity with the Black Lives Matter movement. She called upon her fellow witches to channel the moon’s energy to both heal and put an end to injustice. As well, she directed In This Moment’s magically dark video for “As Above, So Below.”

You can stream “The In-Between” below.

Power Trip’s Best Metal Performance nomination marks their first as a band. As well, they are the only artist nominated in the category for a live performance. “Executioner’s Tax (Swing of the Axe) – Live” was recorded in May of 2018 during their show at Seattle’s Neumos.

Power Trip’s recognition in this category also marks a posthumous nomination for frontman Riley Gale who passed away in August. Since his death, hundreds of tributes have poured in, and an LGBTQ+ community center has even been named in his honor. Throughout his life, Gale was heavily involved in the Dallas community and worked with organizations to help LGBTQ+ youth at risk of homelessness.

This week, Power Trip gave their first interview since the death of Gale. For drummer Chris Ulsh, their Grammy nomination is proof that Power Trip never limited themselves to new possibilities.

“Losing Riley was the saddest thing that ever happened to me,” Ulsh told the Los Angeles Times. “But I’m so proud of everything we accomplished together. One of the coolest things from the start was that there was no ceiling to this band, and this Grammy nomination is a perfect example of that.”

For now, Power Trip are still dealing with the loss of their dear friend. Eventually, they plan to come together and make more music when the time is right.

“It still feels very fresh. It’s hard to talk about,” Ulsh told the Los Angeles Times. “We were close. I spent a lot of my downtime on tour with him. It’s still hard to fathom. We do want to continue to play music together, we just are not sure what that looks like at this time.”

You can stream “Executioner’s Tax (Swing of the Axe) – Live” below.

In 2018, Code Orange were nominated in the Best Metal Performance category for “Forever.” Although Mastodon’s “Sultan’s Curse” ended up winning, it was still a historic nomination for Code Orange.

At the time, it was their first and only nomination at the Grammys. However, all of that changed this year when they earned a Best Metal Performance nomination for “Underneath.” The song is the title track of their 2020 album which was soon followed up with the live LP Under The Skin.

Along with releasing two albums, Code Orange have stayed busy in other ways over the past year. Back in March, they celebrated the release of Underneath with a release show from a completely empty venue. As well, they auctioned off test prints in support of the Black Lives Matter movement. All of the proceeds went to Act Blue, an organization that splits donations evenly between numerous bail funds and activist organizations.

More recently, Reba Meyers teamed up with Lzzy Hale, Year Of The Knife’s Madi Watkins, Baroness’ Gina Gleason and more for an epic cover of Pantera’s “Mouth For War.” Code Orange are also set to perform at the rescheduled Slam Dunk Festival later this year alongside headliners Sum 41 and Don Broco.

You can stream “Underneath” below.

What are your reactions to the winner of the Best Metal Performance category? Let us know in the comments below.