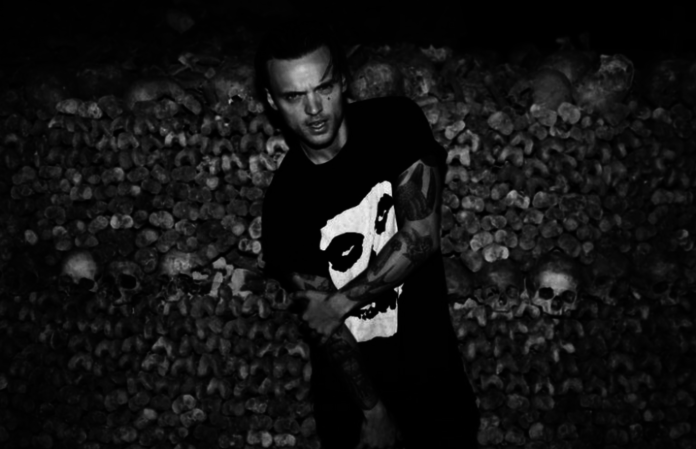 Over the last few years, Alex DeLeon beat his depression, opened his mind and jump-started his new vehicle Bohnes without meds and counseling. On the next Backstage podcast, he explains to AP founder Mike Shea how he did it in one word: travel. “I crave experiences,” says the former frontman for the Cab. “I don’t want Bohnes to be represented by one city or one place. The travel inspires the work, and the work inspires the travel.

“Everyone is going through something,” he continues, recalling his own life lesson. “The more people you meet and the more places you see and the further you get out of your comfort zone, the more you are going to not only learn about others, you’re going to learn more about yourself. I’ve seen poverty to the extreme; I’ve seen wealth and luxury to the extreme and everything in the middle. I’ve been to Antarctica, which is a place that’s free of man—you are seeing nature and the world as it was millions and millions of years ago. The more that I see, the more that I learn and the more the world humbles you because you realize how big the world is, [you see] how many people are out there, and you get to peer inside other people’s lives. As much as I love making music—and as cool as it is—other people do some pretty damned cool things, too. And I’m just grateful to be in a world where there are so many different types of people and so many types of places that we can all learn from each other.”

In his quest to find inspiration (as well as sanctuary from the disintegration of the Cab), DeLeon traveled all over the globe, from the catacombs of Paris to Antarctica and points between. His memorable encounters include meeting a 15-year-old Cab fan in an open-air market in Egypt and drinking with a complete stranger in Italy who knew nothing about the singer, but offered him a place to stay for as long as he wanted. He met with scientists in Antarctica and appreciated the wildlife—and the alarming perspective of global warming.

“I was in Antarctica and it was 60 degrees,” DeLeon tells Shea. “That’s not normal! I was watching ice shelves just break off and crumble into the water. There were scientists telling me this wasn’t happening 20 years ago; this wasn’t supposed to be happening. There are people who, in some parts of America, maybe have never left their city or state. They don’t know what’s going on because they haven’t seen it with their own eyes. Seeing things with your own eyes makes everything a lot more real. You can’t run from it if you’re there.”

Like an alt-rock Anthony Bourdain, DeLeon has no reservations sharing his headspace. In addition to all of his travel adventures, he dishes to Shea about his frustration with the music industry (“The industry has a way of making you hate what you do sometimes”), New York City (“People don’t go to NYC to become famous; they go to be better than you”), Los Angeles (“L.A. was like walking in a roomful of mannequins, real House Of Wax stuff”), the message he’s imparting with Bohnes (“It’s no secret that the new stuff is kind of about life and death. The realization of not being invincible motivated every single song on the album”) and his recommendation for the one place in the world where you should go for maximum introspection. Then there was the time he and some friends walked two-and-a-half miles at 2:30 in the morning to break into an abandoned amusement park in Japan that was surrounded by a chain-link fence, barbed wire and armed guards. DeLeon’s globetrotting is the kind of thing that’s truly instilled a sense of mindfulness in him.

“Traveling the world and being in the catacombs has made me realize that, man, time goes faster as you get older,” says DeLeon about the personal breakthroughs he experienced seeing the world. “There were guys in my band I didn’t talk to for years. And after traveling and figuring my stuff out, I reached out to them and hashed it out. Because life is too short to carry those things with you, and that’s a lot of weight to bear on your shoulders. It’s changed who I am as a person and definitely as an artist. The best feeling a human being can have in life is the realization that you can change people’s lives for the better. If a fan shows me a tattoo of words that I had written, that absolutely means the entire world to me. What fans have done for me is more than I could ever do for them.”