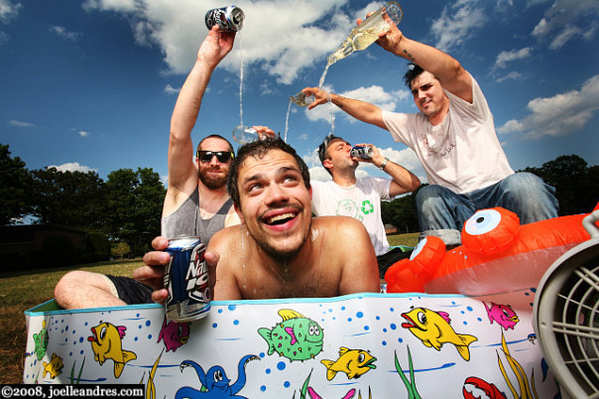 Shortly after news broke of the passing of Beastie Boy Adam “MCA” Yauch, Brooklyn-based ska-punk collective Bomb The Music Industry! learned and covered the Beasties' hardcore track “Tough Guy” from 1994's Ill Communication at an afternoon gig at NYU. Frontman Jeff Rosenstock had this to say about MCA's influence:

“Adam (MCA) Yauch passed away today and that's a super bummer. Beastie Boys were one of the most important bands of my life from, I don't know, age ten to currently? They were one of my first introductions to hardcore, Paul's Boutique completely changed the way I thought about making music, and while they were extremely unique and inimitable they were always fun and never a bunch of pretentious pricks about this. It's a real shame there won't be any more Beastie Boys record but fuck, what a legacy.

Anyway, Bomb the Music Industry! decided to cover this song today after we found out and learned it a few hours before we played. Our lil' tribute.”

You can view the video here.