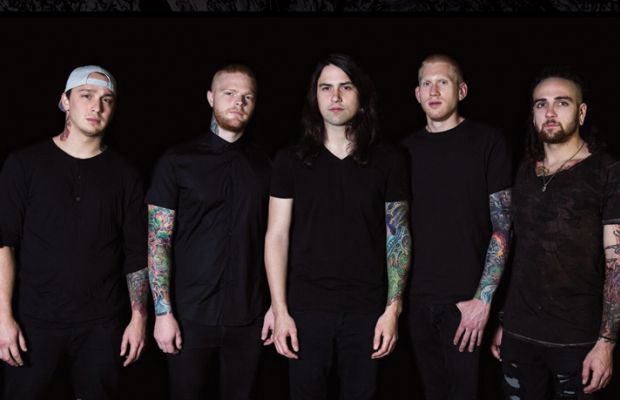 Born Of Osiris guitarist Lee McKinney has apologized for remarks he made on Twitter last night towards members of the Acacia Strain and Terror.

“Had WAY too many last night and said a lot of dumb shit. I apologize to all parties involved,” McKinney said. “There's nothing I can do now but say sorry.”

Had WAY too many last night and said a lot of dumb shit. I apologize to all parties involved. There's nothing I can do now but say sorry.

Everything has since been deleted, but it seems McKinney said the following (photos and quotes via The PRP and Lambgoat).

“Hey @xDIAMONDCUTx I challenge you 2 a one on one fight. Nobody cares about your bullshit opinions and I'll destroy your fat ass in real life,” McKinney tweeted to the Acacia Strain‘s Vincent Bennett.

Apparently, McKinney also tweeted, “Yo @xDIAMONDCUTx it you're any kind of man you'll come my way. You're so much bigger than me right!?! ??????,” It's all fun and games though. Until Vince gets hurt ????” and “Public service announcement: BOO is in such need of publicity that we r going to pretend we have beef like TERROR would in hopes you listen??”

I mean I guess beef IS entertaining just not my thing https://t.co/StfmvKsqDD