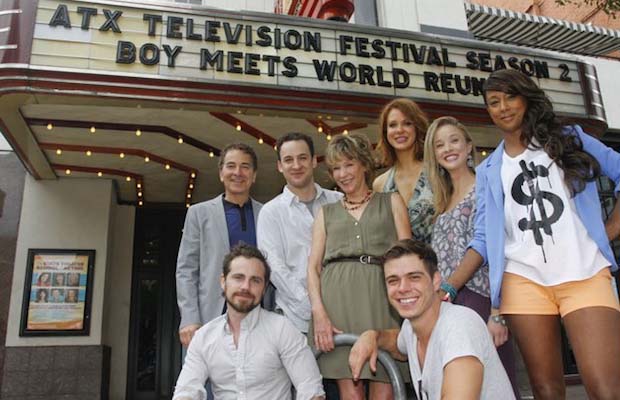 Members of the Boy Meets World cast reunited for the first time since the series’ end 13 years ago at this past weekend’s ATX Television Festival in Austin, Texas.

Danielle Fishel (Topanga Lawrence) was not in attendance during Friday’s Boy Meets World panel, but a pre-recorded video from her was played for the audience. In the Q-and-A, she described how Jared Leto, the frontman of 30 Seconds To Mars who also played Jordan Catalano on My So-Called Life, rescued her when her car hydroplanned.

Members of the My So-Called Life cast were panelists at a separate festival event, but Leto was also not in attendance.

Not much else has been revealed in terms of who else will be making appearances on the show, but hints were dropped throughout the panel. One such hint included McGee mentioning to stay tuned to see what happened to Angela and Shawn after so many years.

A pilot has already been filmed, and the show is awaiting a full series pick-up according to NYDailyNews.com.

Check out footage of the panel’s Q-and-A below: