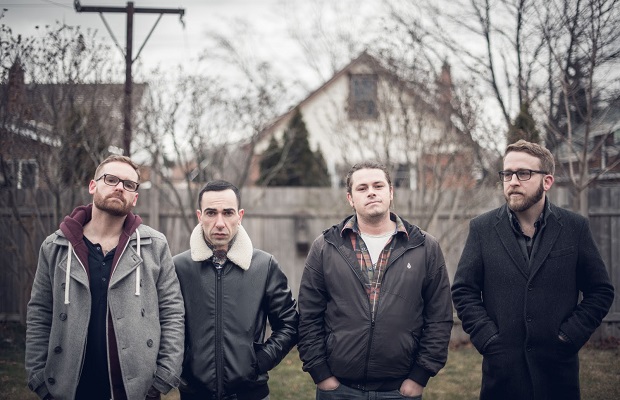 Canadian post-hardcore staples Boys Night Out are streaming a second new song, “Obsequiarch.” The boys are back in town and ready to pump out a new six-song EP, Black Dogs, coming July 8 on Good Fight Music.

When we first premiered the song “Of Waves,” BNO frontman Connor Lovat-Fraser had this to say:

“'Obsequiarch,' also known as the song from the album trailer, was the song which managed to get Jeff, Ben, Dave and I writing as Boys Night Out again, but 'Of Waves' was the first of this new batch to come into its own—and that's why it makes sense that it would be the first song from Black Dogs to be released. We may not be touring again any time soon, but it's pretty fucking rad to have the opportunity to write music together again.”