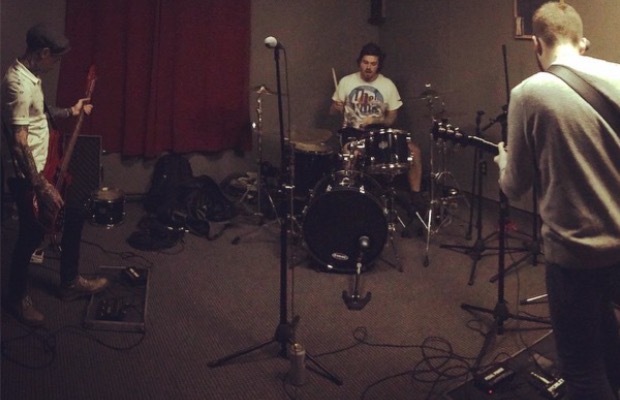 Apart from maybe one performance in 2009, Canadian post-hardcore band Boys Night Out have been on somewhat of an indefinite hiatus since 2007, shortly after the release of their self-titled third LP. Earlier this year, the band launched an Instagram page which began with a photo of the band practicing, sparking expectations of what was to come. Yesterday, however, BNO shared a new photo of themselves in the studio with producer Derek Hoffman and a caption that confirms that there is in fact a “new album on the way!”

Of having the opportunity to work on the band's comeback release, Hoffman shared on his own Instagram, “Today was a special day! I began working on the new [Boys Night Out] record. I play an Orange amplifier because of BNO and learned a lot about drums from their album 'Trainwreck' (it's in my top 10). So stoked and honoured to get to work with these dudes. These songs are what fans have been waiting for. Stay tuned.”

Day one with @derekbrightest at @fox_sounds – new album on the way!

Over the summer, Boys Night Out's sophomore album, Trainwreck, a fan favorite, turned 10 years old. You can revisit one of that album's singles below. Are you looking forward to new material from the band?