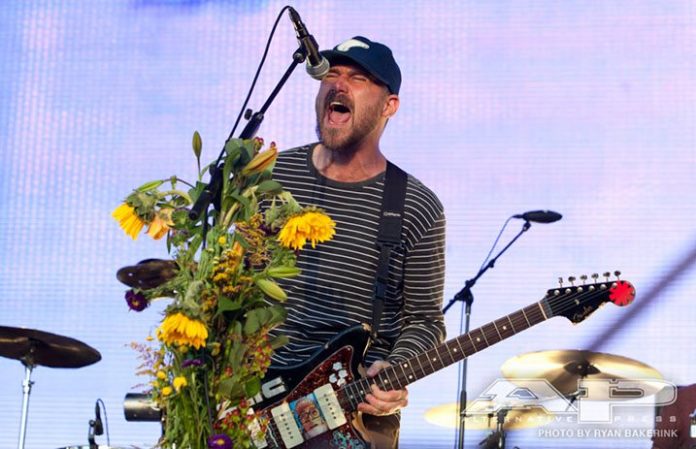 Following Brand New's supporting act dropping out of upcoming shows, as well as touring member Kevin Devine dropping from their tour, the band have shared a statement saying their forthcoming tour dates have been postponed, with the venues sharing statements that they have canceled the forthcoming shows.

Due to the events of the last few days, Brand New will be postponing it's upcoming three shows in the United Kingdom and Ireland.

Ticket refunds will be accepted at the original point of purchase.

And read updates from the venues below:

Due to the events of the last few days, @brandnewrock will be postponing it's upcoming three shows in the United Kingdom and Ireland.
Ticket refunds will be accepted at the original point of purchase.

NEWS // The @brandnewrock show on Saturday 18th November has been cancelled. Refunds are available at your point of purchase. pic.twitter.com/s3pMVVdJyt

The announcement comes after frontman Jesse Lacey shared a statement in regards to the sexual misconduct allegations made against him.

Devine released his own statement yesterday shorty after Lacey's.

“I want to address the allegations against Jesse” Devine. “I believe that it is critically important to really listen to & hear people who speak out about abuse of power & sexual misconduct. I fully support that decision in this situation, which I’m sure was incredibly difficult, and I hope she is supported in the next part of her journey toward healing. I had not heard the story prior to it being made public yesterday. I’m heartbroken for her & for every person who absorbs & subsequently has to figure out how to live with this type of trauma. We all need to do a lot better, myself very much included.”

You can read his statement in full here.