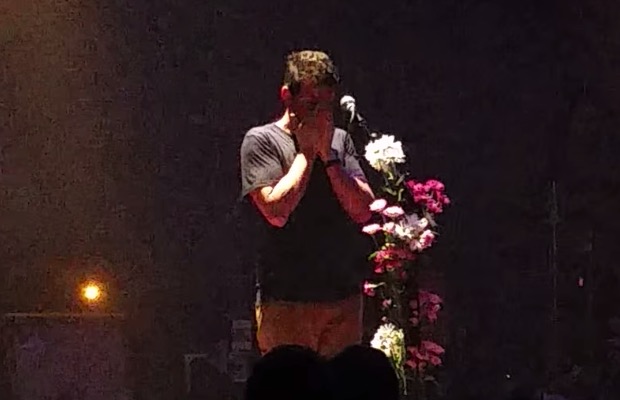 A new video has surfaced, confirming a portion of the original quote found below. “I’m gonna tell you right here and now this isn’t gonna last much longer.”

Last night, in Nashville, Tennessee, Brand New performed their final show of 2015 alongside both Manchester Orchestra and Kevin Devine. Before playing “Play Crack The Sky,” frontman Jesse Lacey gave an intimate, heartfelt speech, in which he talked about an array of topics.

Watch: Brand New’s Jesse Lacey forgets lyrics mid-song, asks fan if they have them on their phone

According to a subreddit on r/brandnew, fans are reporting that Jesse spoke on what the future holds for Brand New. “This us [sic] the last show we'll play for a while. Things will be different the next time we play. I'll have a brand new daughter. The next time we play, we'll have a new record for you. But this won't last much longer. We can't do this forever.” Video of this quote has yet to surface. Therefore, we cannot confirm or deny its validity. Additionally, a representative for Brand New did not immediately respond to our request for comment.

Beforehand, however, he shed a few tears while talking about his fellow bandmates, Vincent Accardi, Brian Lane and Garrett Tierney. “Being in a room like this is really special. Personally, I don’t feel adequate, or worth it, playing on this stage. But, I know that Garrett and Vinnie and Brian are absolutely worth it.”

Following hugs from his bandmates, he continued, “Without the three of them, I never would’ve gotten to do any of this. And so thanks to them, for my life.”

Video of the latter quotes, along with further commentary from Lacey, can be seen below. We will update this story when additional clips become available.