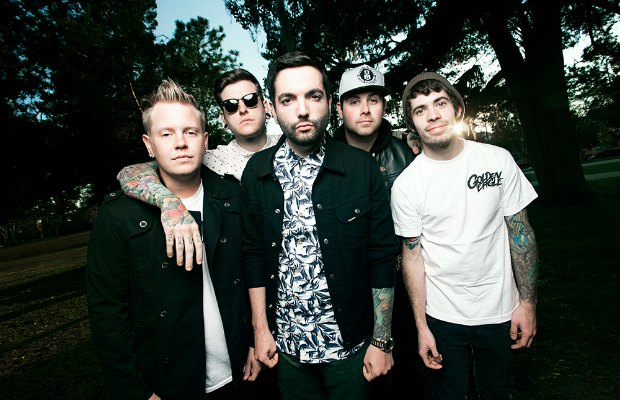 According to a statement from Victory Records' lawyer, it appears that a judge has ruled in favor of A Day To Remember's effort to self-release their new album, Common Courtesy.

However, the statement indicates that the band could potentially still owe Victory Records two more albums, and the label may end up receiving any profits that the band makes from Common Courtesy. The case will continue to proceed to trial.

You can read the full statement from Victory's lawyer, Robert S. Meloni, below.

While Victory is disappointed with the ruling, and disagrees with the court's conclusions, it comes as no surprise. Courts rarely grant negative injunctions of this nature, but the circumstances of this case presented a unique opportunity for such a ruling. Having said that, in denying Victory's motion, the court's reasoning actually contained silver linings that significantly favored Victory. First, the court held that it supports Victory's argument about the construction of the recording contract – that ADTR is still obligated to deliver two more albums to Victory — “at last equally, if not more so, than that offered by ADTR.” That is the core issue in this case and the only one that really matters in the end, so Victory is heartened that the court agreed with Victory's position on that core issue. Also, the sole basis for the court's denial of the injunction was that Victory would not suffer “irreparable harm” that could not be compensated by money damages if the album were to be self released, in that it has ample evidence to prove its damages against the band (in the form of lost profits if ADTR does proceed to self release Common Courtesy). That is, even if the band self releases it, Victory is likely to be awarded any profits the band makes on that album, plus additional lost profits suffered by Victory based on the fact that Victory would undeniably do a far better job at marketing the album had Victory released it, which is what Victory is known for and is the reason why ADTR signed with Victory in the first place. In sum, it is a “successful” defeat in a way, and one which Victory welcomed because of the manner in which the Court rendered its opinion.

This case will proceed to trial, and Victory is looking forward to the opportunity to vindicate the baseless claims filed by ADTR.

A Day To Remember and their management have also released an official statement regarding the ruling. They have confirmed that the record will be released as a digital exclusive on October 8, as planned.

Check out the statement from the band and management below.

A federal judge today ruled that A Day To Remember are free to release their new album Common Courtesy without Victory Records. In an Order issued earlier today, U.S District Court Judge John Z. Lee denied Victory Records' Motion for a Preliminary Injunction in which Victory had sought to block the band from releasing this new album without Victory's involvement.

In a statement this evening the band offered: “In May of 2011 we joined the long list of bands that have filed suit against Victory Records.  Although our case is still ongoing, we are very pleased with the judge’s decision to allow us to release our next record. The only thing that has mattered to us while dealing with this lawsuit was getting new music to our fans. We are finally going to do that on October 8th and we couldn't be more excited!”

Common Courtesy is only available digitally at ADTR.com and will be released Tuesday, October 8th.

The lawsuit was initially filed by A Day To Remember back in 2011. The band claimed that they had fulfilled their contractual agreement with Victory Records. In a recent altpress.com exclusive interview, frontman Jeremy McKinnon also acknowledged that Victory Records was withholding royalties from the band while the court ruling was pending.

Be sure to check back at altpress.com as more details become available!