If you counted successful musician and Broadway actor among your list of talents, wouldn’t your next target in comprehensive stardom be the hallowed halls of Hollywood? It looks like Brendon Urie may be thinking just that, as the Panic! At The Disco mastermind tells The Sun he’s been discussing ideas for his own musicals with some film directors.

Which seems a natural follow-up for the Kinky Boots star. Less than two years ago, Urie surprised the Great White Way with his magnetic 10-week run in the Tony-winning stage show from Cyndi Lauper and playwright Harvey Fierstein. But it’s his own story the Panic! At The Disco frontman possibly wants to make in the way of musical theatre.

“I’ve been talking to a couple of movie directors about film music ideas and about doing musical theatre, Broadway maybe,” Urie’s quoted as saying in The Sun‘s “Bizarre” column, a point noted by Montana daily outpost the Missoulian, among other news outlets. “The ideal would be to write music for an idea somebody else has come up with.”

“I’ve been talking to a couple of movie directors about film music ideas and about doing musical theatre, Broadway maybe.” —Brendon Urie

And the beer-loving rocker-turned-thespian isn’t talking about making just any old musical flick. He’s been jawing with this shrouded group of moviemakers “about doing my origin story, growing up in Vegas, so we will see what happens.” Talk about an enticing tale! A musical film about Brendon Urie’s upbringing in Sin City? Count us in for this picture show.

Because who wouldn’t want to see Brendon Urie ham it up on the big screen? Wouldn’t you buy a ticket to see the Panic! At The Disco star’s life play out in a musical film? Sound off with your own thoughts down in the comments section. And tell us your feelings about the possibility of a Urie-driven musical movie coming to a cinema near you!

Find more about Urie in the pages of AP: 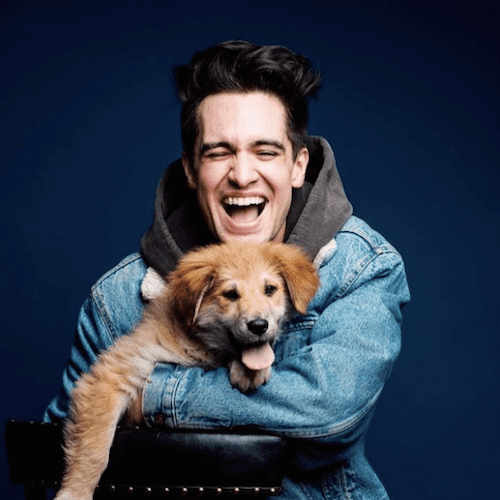