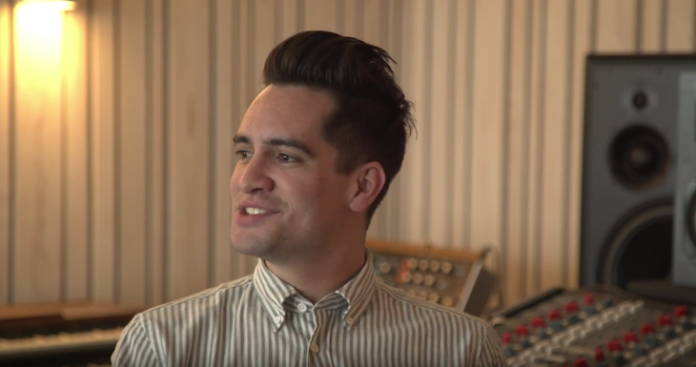 Brendon Urie is scheduled Amazon Music’s Song of the Day for a full week.

The Panic! At The Disco frontman will be sharing his favorite songs of the moment on the streaming service.

Through Friday, Urie is Amazon Music’s guest host and will be playing some of his favorite songs.

Among his picks are tracks from Drake, Halsey, Dua Lipa and, obviously, Panic! At The Disco.

The singer’s sixth pick is Taylor Swift’s “Delicate.” You can watch a clip of him talking about the song below.

“Taylor Swift is just a beast in the music world and I mean that in the best way possible,” Urie says. “She has this way of controlling a crowd and making it look so easy. I feel like I’m working so hard on stage, she looks like she’s at 5 percent but somehow giving her all.

“She’s undeniably one of the best performers and one of the greatest artists of our day,” he added.

To hear Urie’s picks, you need to head over to the streaming service or simply ask Alexa to play the Song of the Day.

You can also follow Amazon Music on social media to watch clips of Urie talking about the songs.

Panic! At The Disco’s sixth studio album, Pray For The Wicked, came out Friday, via Fueled by Ramen/DCD2.

Panic! At The Disco on tour

The band recently announced the second leg of their Pray For The Wicked tour, which will see us praying for the wicked across North America well into 2019 with support from Two Feet.