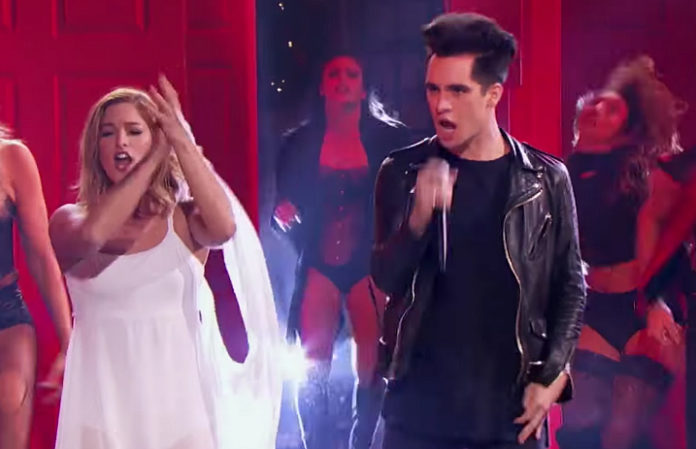 In a collaboration made in our dreams, Brendon Urie joined Cassadee Pope on-stage for a special performance of Panic! At The Disco's “I Write Sins Not Tragedies,” and it's one of the best things we've seen all day.

Watch the performance in full below!

The artists abandoned their country roots, and in the first round, Lynch performed Ludacris' “What”s Your Fantasy,” and Pope countered with Avril Lavigne’s hit “Complicated.”

Lynch headed round two with Lou Bega's “Mambo No. 5,” but Pope took the cake with Panic! At The Disco’s “I Write Sins Not Tragedies,” featuring a special appearance from Brendon Urie himself. Let's just say we've had their theatrical performance on replay all morning—we seriously love it.

What do you think of the lip sync collaboration? Let us know in the comments!